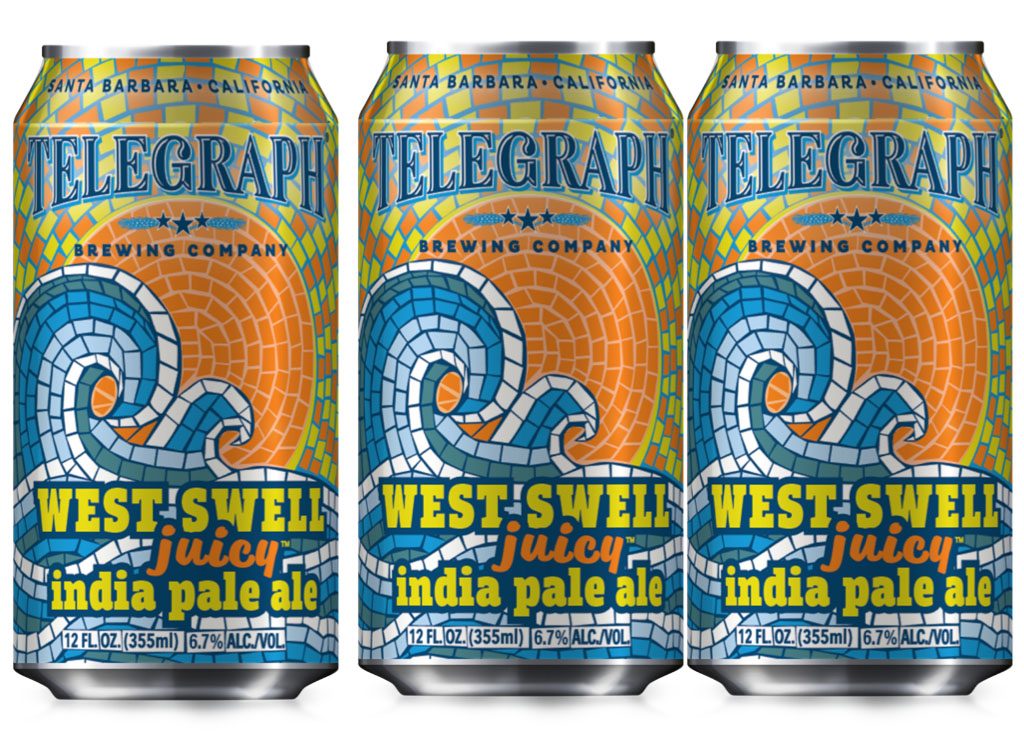 “Telegraph has been bursting with creativity and churning out test batches of several new IPAs since it became part of the Epic Brewing family. The excitement around Telegraph’s West Swell Juicy IPA has been incredible, demonstrating what this award-winning Santa Barbara brewery is capable of,” says Dave Cole, Co-Owner and California native. “West Swell has become the number-one selling beer in The Taproom in short order; the excitement around our new Telegraph beers and the continued appreciation for the variants of the White Ale and Reserve Wheat, not to mention the world class Sour beers, is palpable.”

West Swell Juicy IPA is brewed with excessive amounts of late-addition Citra and Simcoe hops, and dry hopped with a combination of Centennial, Simcoe and Citra. Telegraph will launch with their full portfolio of beers, including their popular wood-aged Sours like Obscura Alba and Obscura Vulpine, as well as newly developed Hop Bombs. Two additional IPAs will be available for the first time ever during the launch including Santa Barbara Mosaic IPA and a new Brut IPA –  a very dry and crisp style gaining popularity in the marketplace.

“We are super excited to come to the Bay Area- what an exciting market. We are honored to be teaming up with Delta Pacific, Mussetter and Morris, three of the best craft houses in the business.” Says Darin McGregor, Telegraph’s and Epic’s National Sales Manager.

The launch is will begin Monday, August 13th with events running throughout the week.