(ATHENS, GA) – Creature Comforts Brewing Company will release Common Things this August. The limited offering will be available in 750-mL bottles on August 25. 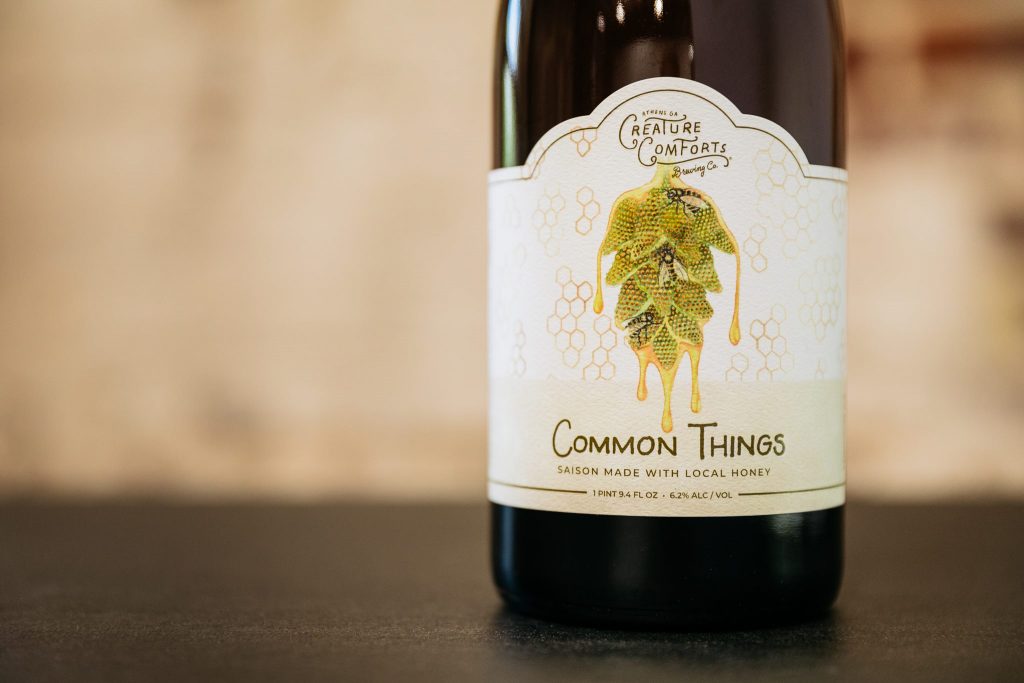 Common Things is a mixed culture saison made with honey from local bees. The beer is 6.2-percent ABV and features Styrian Golding and aged Cascade hops. Common Things fermented in stainless steel before being packaged and refermented in bottles.

With each farmhouse style beer the brewery makes, Creature Comforts strives to incorporate a local tie to the brew. The brewery worked with the University of Georgia’s Honey Bee Program to source the honey from local bees. Common Things serves as the third beer the brewery has made with honey.

“We’ve learned a lot about ways to use honey through previous projects and putting it in a light, tart, refreshing beer felt like the next progression,” said Wood Cellar and Specialty Brand Manager Blake Tyers. “We’re also excited to have another opportunity to showcase locally sourced ingredients in our beer.”