(ATLANTA,GA)– SweetWater Brewing Company is continuing its national expansion in 2015 with the announcement it will begin flowing in both the Lone Star State and the Old Line State next month. SweetWater – which opened five new states to distribution in 2014 – will be bringing its lip-smackin’ lineup into both states starting in mid-February. 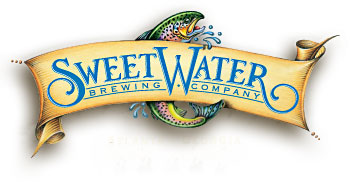 “Tapping into these great states is huge for us,” said SweetWater Founder and Big Kahuna, Freddy Bensch. “Kicking off 2015 by spreading out both north and the west with some tremendous distributor partners is amazing.  Just a few years back we were doing everything we could to keep the beer flowing in our backyard, but now we are more than ready to bring our brews downstream. I can’t wait to raise a few coldies with some fine folks in both Texas and Maryland and check out the local fishing scenes!”

Online fans can wet their whistles too by following the brewery’s Texas and Maryland Facebook pages for a full list of launch festivities as well as details on how to enter SweetWater’s “Catch a Trout Tap” contest rewarding the first locals to spot the brewery’s iconic rainbow tap handles with free SweetWater Schwag.

ABOUT SWEETWATER BREWING COMPANY: Living by the motto “Don’t float the mainstream,” SweetWater Brewery has been blazing its own path in craft beer throughout the Southeast since its inception in 1997. With a brewer calling the shots, quality of beer—and life—are always most important in crafting a lineup of lip-smackin’ brews. Widely known for its flagship 420 Extra Pale Ale, SweetWater also serves up an ever-evolving Catch & Release seasonal lineup of brews and an off-beat, one-off Dank Tank series. SweetWater invites folks to join them for tours and tastings of their Atlanta brewery every Wednesday through Sunday. Visit www.sweetwaterbrew.com for more info about SweetWater, or hang out with your social thang out by following SweetWater on Twitter/Instagram @sweetwaterbrew, or on Facebook at facebook.com/sweetwaterbrew. And always remember; drink ‘em if you got ‘em!