(Minneapolis, MN) – An old Minneapolis bus station. An abrasives factory in the ‘burbs. From these humble beginnings sprang the last great rock club in the country and one of America’s leading craft breweries. A collaboration just makes sense. 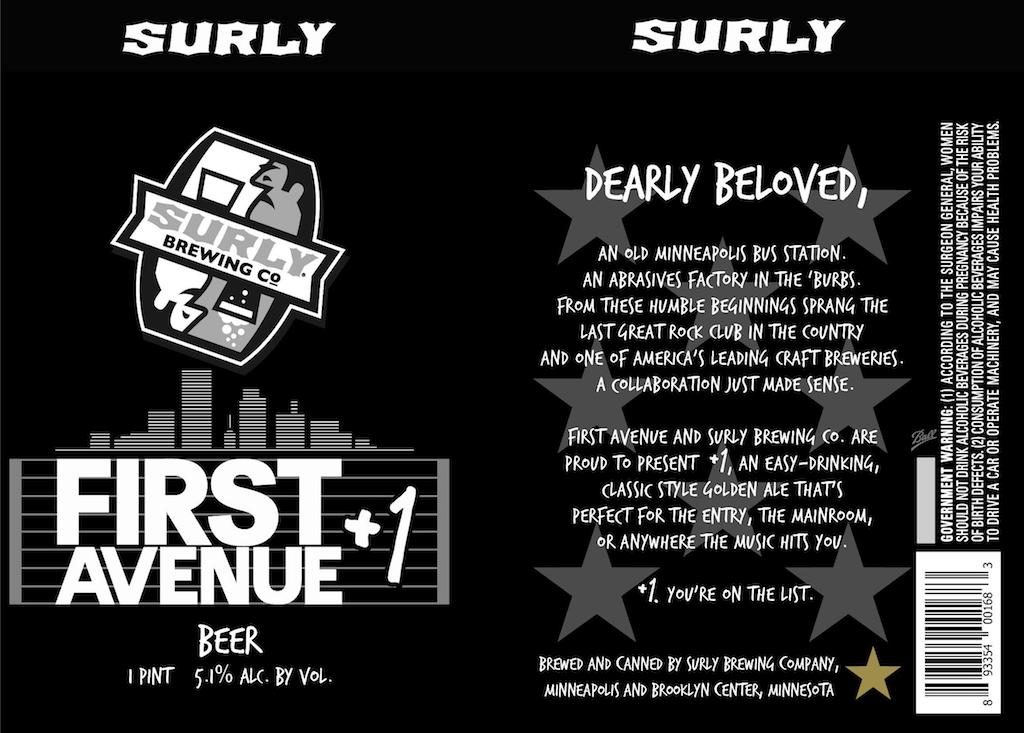 First Avenue and Surly Brewing are proud to present +1, an easy-drinking, classic-style golden ale ideal for the Mainroom, the Entry, the Turf, or anywhere the music hits you.

“It’s an honor to be working with First Avenue on +1,” says Surly founder Omar Ansari. “It’s a Minnesota institution, and we’re thrilled to be a part of it.”

“We wanted to make the kind of beer we like to drink at a Mainroom or Entry show,” says Surly Head Brewer Ben Smith. “We went over a few styles with them, and this one emerged as the clear winner.”

The key to +1 is balance and simplicity. Subtle hop notes, low bitterness, and a refreshing malt profile carry this light-bodied, low-ABV beer. And not to take away from the beer, but the can is an absolute beauty:

We don’t have proof that hoisting a +1 can will make the band come out for a second encore, but there’s no way it can hurt.

“Working with our friends at Surly was a no-brainer; as two locally-owned and independently-run Minnesotan companies, we have a lot in common,” said Dayna Frank, owner, First Avenue. “We are so excited to have collaborated on +1, we hope you’ll enjoy it at a show soon.”

We’re celebrating +1’s debut with release parties at multiple First Avenue properties, the details of which you can find below:

Thursday, March 22: Sick of It All with Holding On @ 7th St Entry
Friday, March 23: The Black Angels with Black Lips @ First Avenue Mainroom
Saturday, March 24: The Last Revel with Chicago Farmer @ Turf Club
+1 will be offered exclusively at First Avenue properties and The Depot from March 22 through April 1. 16-oz. 4-packs will be hitting store shelves the week of April 2. Look for details on how you and your +1 (human, not beer can) can win a Golden Ticket to a show of your choice at First Avenue and Surly’s Festival Field over the next year.

+1 is available to all Surly markets. Raise it.

Minnesota United starts their second season of professional soccer this March.  It’s only right that Rising North Pale Ale, the official beer of Minnesota United, returns for its sophomore campaign as well. 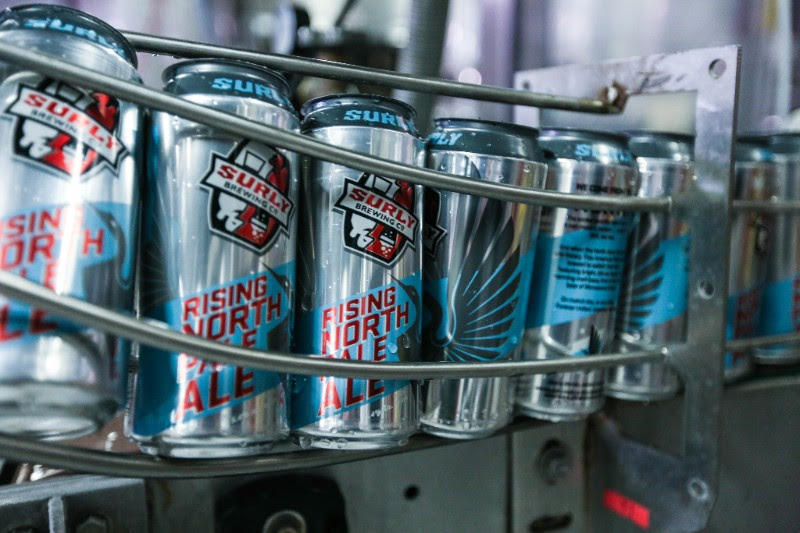 “Being able to partner with the team and MLS on this is fantastic,” says SurlyBrewing owner Omar Ansari. “The fact that casual fans and the real diehards loved the beer made bringing it back a no-brainer.”

Rising North was initially just a draft beer brewed for match days at TCF Bank Stadium, Surly’s Beer Hall, and some neighborhood soccer bars. The response was overwhelmingly positive, and it was apparent that this easy-drinking pale ale was ready for the big time. Minnesota United agreed.

The beer will make its 2018 debut at a select handful of watch parties for the team’s season opener at San Jose on Saturday, March 3 (Brit’s and City Works in Minneapolis, O’Gara’s in St. Paul), before hitting shelves and draft lines the week of March 5.

The return of Rising North also means the return of MNUFC’s Official Pre-Match Party. Starting three hours before every home game, the party takes over our Destination Brewery. You’ll get music from Jake Rudh’s Transmission, eats from our Beer Hall and the Surly Food Truck, soccer games for the kids, a whole hell of a lot of Rising North, and a brass band-led march to the stadium with the rest of your United brethren. The fun starts on Saturday, March 17, before the home opener against Chicago. (It snowed like a son of a gun at last year’s opener, so be ready for anything.)