“Since the launch of Braxton three years ago, we’ve always been committed to ‘multiplicity,'” said Jake Rouse, Braxton Brewing Company Co-Founder and Chief Executive Officer. “That’s why the Tool Box is so important. In one package you get to try four distinct styles, and one of those is an exclusive Braxton Labs package! I’m excited to share it with everyone!” 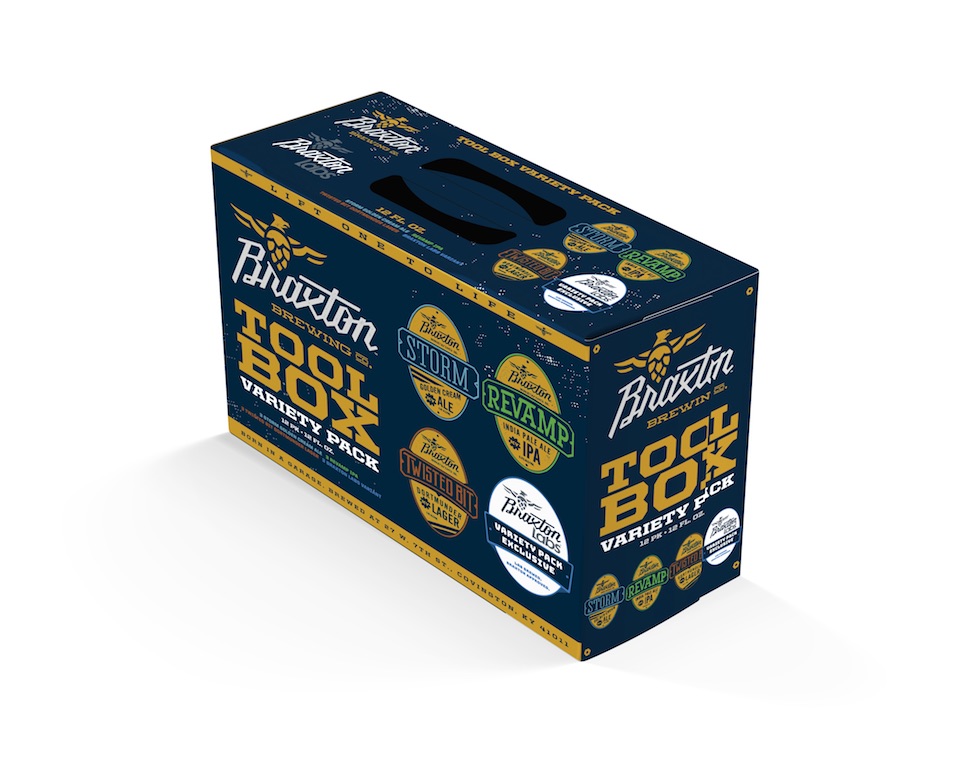 For more information on the rotating Braxton Labs beer, you can visit their website.

Storm Golden Cream Ale is the beer that started it all for the Rouse family in their garage on Braxton Drive in Union, Kentucky. This is the company’s most popular offering. Revamp IPA is their year round west coast style IPA featuring citrus notes and a light malt body. Twisted Bit is an true-to-style Dortmunder Lager that celebrates the company’s commitment to Lagers.

“Our brewing team takes great pride in being able to brew a multitude of styles extremely well,” said Evan Rouse, Braxton Brewing Company Co-Founder and Chief Product Officer. “The Tool Box is the best way to ‘get to know’ our beer, our team, their expertise and their interests across our portfolio.”