(ST. PAUL, MN) – After a successful debut in the 2020 Summit Block Party Box in April, Summit Triumphant Session IPA is joining the year-round lineup as our seventh beer and third IPA. 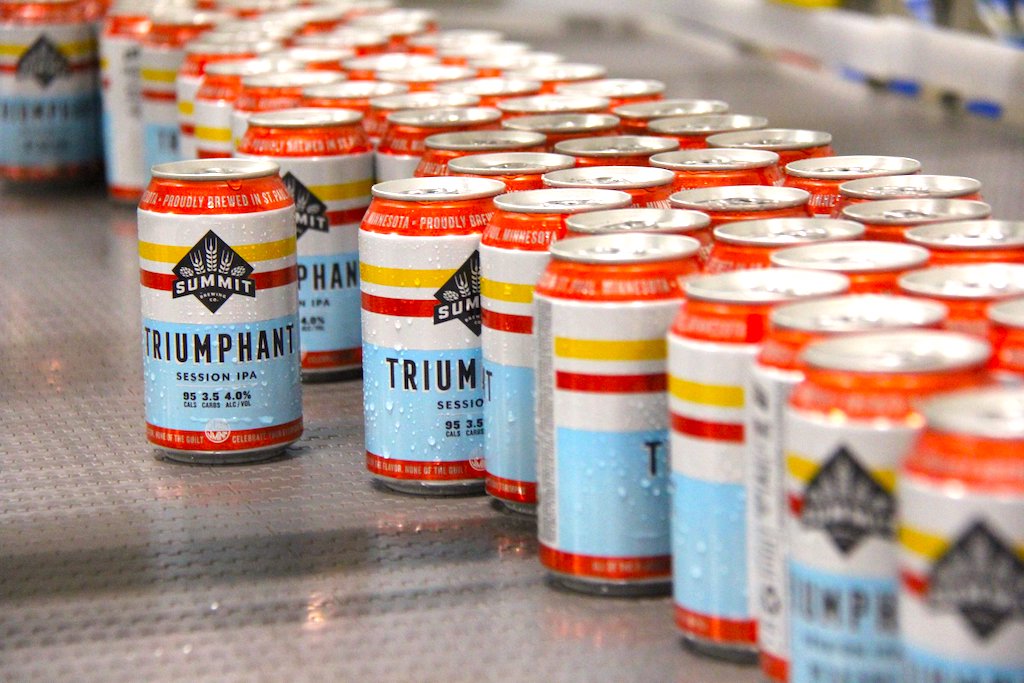 Once thought to be a trend, it’s indisputable that IPAs are here to stay. This style is perhaps the most popular in the craft beer world. Another trend that appears to be here to stay is that of the calorie-conscientious drinker. Nowadays, consumers are looking for options that have big flavor but small calorie counts.

A low-calorie, low-carb, yet bold and flavorful ale, Triumphant Session IPA comes in at just 95 calories, 3.5g of carbs and 4% ABV per 12oz serving. Notes of pineapple, grapefruit and apricot mingle with aromas of breadcrust and graham cracker. A blend of traditional and experimental hops gives it a balanced bitterness and clean finish.

“Brewing Triumphant Session IPA was a formidable challenge for our team. It’s quite difficult to create a full-flavored, complex IPA while keeping carbs and calories low. It allowed us implement several experimental brewing techniques which while exciting also represented a true test of our brewing skills,” head brewer Damian McConn said. “Hence the name “Triumphant.” We’re not only celebrating our ability to create such a brew, we’re hoping consumers will see it as their celebratory beer too.”

So, whether you’re looking for a brew you can enjoy again and again, or excuse to celebrate everyday accomplishments, this is the beer for you. After all, it’s the beer for the triumphant.

Triumphant Session IPA is available now in 6- and 12-packs of 12oz cans. It will also be available on draught at select locations. Find Summit products near you using our online beer finder: summitbrewing.com/beer-finder.

About Summit Brewing Company
Founded in St. Paul, Minn. in 1986, Summit Brewing Company has a long-standing history of crafting award-winning ales and lagers. Summit has stayed close to its roots, serving the Upper Midwest. Summit’s beers are currently available in five states including Minnesota, Iowa, North Dakota, South Dakota and Wisconsin. Summit produces seven year-round premium craft beers, four seasonal beers and numerous limited-release and Ratskeller exclusive beers throughout the year. Since its inception, the brewery has been a consistent pioneer in the craft beer movement, blending traditional brewing techniques with experimental ingredients to create tried-and-true brews. For everything Summit Brewing, visit summitbrewing.com.