(Turlock, CA) – Dust Bowl Brewing Co. expands its specialty portfolio with the release of Tomorrow’s Clear West Coast India Pale Ale. Named well before the pandemic hit, Tomorrow’s Clear seems to be fitting during this time of hope for the reopening of our nation. Reflecting the brand roots of Dust Bowl Brewing Co., the label features a Southern California pier, clear skies, birds soaring and a beautiful horizon. According to Dust Bowl founder Brett Tate, these were symbols of optimism for his immigrant family when they finally made it out West from Oklahoma. The same seems to ring true today. 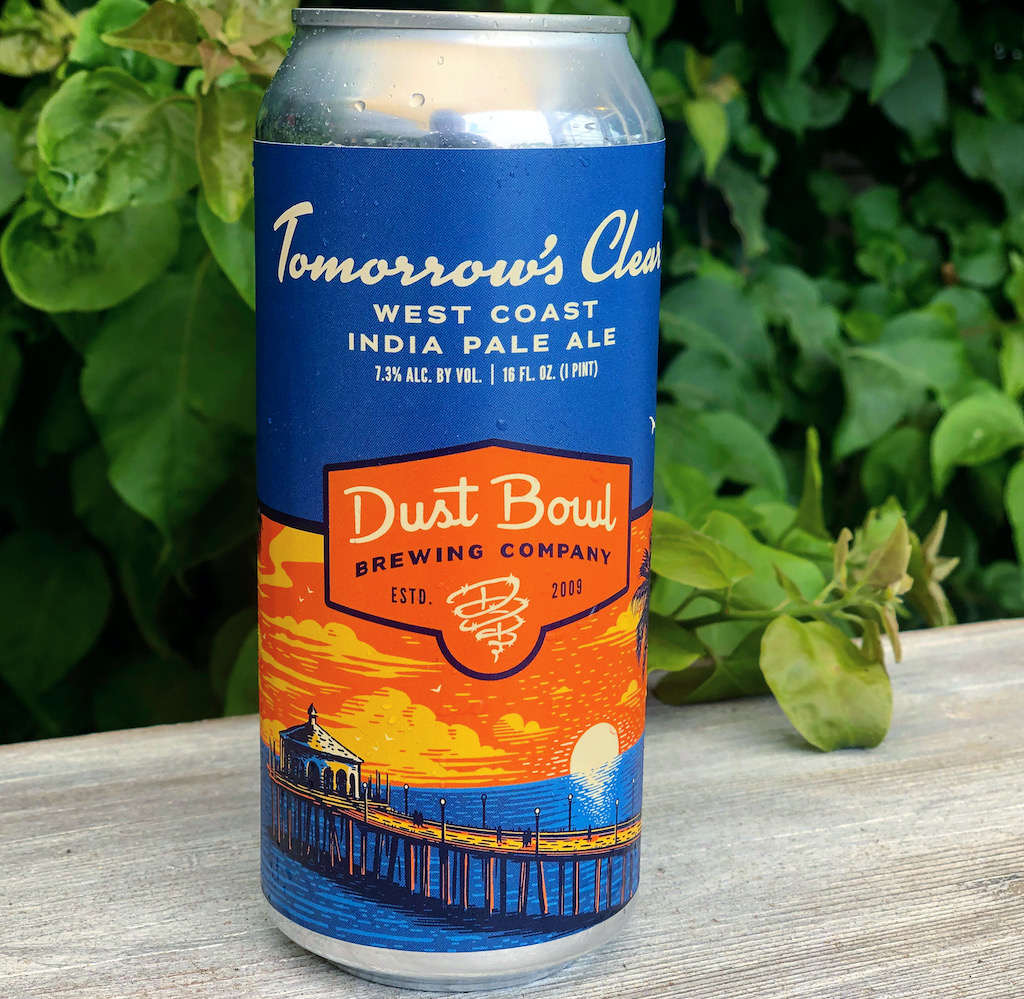 This IPA is focused on tropical fruit aromas and a smooth bitterness at 50 IBU and 7.3% ABV. Specialty malts add a layer of sweetness, while Vermont ale yeast helps accentuate the hops with passion fruit notes.

“This is the beer I want to drink,” shares Don Oliver, Brewmaster. “Tomorrow’s Clear has some of my favorite hops with Simcoe, Galaxy, Cashmere and Citra providing a complexity of fruity aromas of guava, pineapple, passionfruit and orange. Everybody needs a little clarity these days.”

Tomorrow’s Clear is packaged in 16oz. cans, and 5.2 gallon and 15.5 gallon kegs. It is available through Dust Bowl’s growing network of wholesalers servicing California, and at all Dust Bowl Brewing Co. taprooms in Turlock and Monterey, California.
Dust Bowl Brewing Co. produced its first beer in May 2009. The company is owned by Brett and Karen Tate and Brett and Camy Honoré, who became the Tate’s business partners in 2010. The company built and moved its production to a 30,000 sq. ft. brewery and taproom, located in Turlock, California, in June 2016. Dust Bowl Brewing Co. beers are available in 5.2 and 15.5 gallon kegs along with selected styles in 22 oz. and 12 oz. bottles and 19.2 oz., 16 oz. and 12 oz. cans. Distribution includes Central and Northern California, parts of Southern California, Nevada, Oklahoma, Pennsylvania and Texas. The craft brewery showcases a wide variety of its beers at its two Turlock, California taproom locations, the Brewery Taproom and the Downtown Taproom, and in Monterey, California at its Tap Depot. More information may be found at www.dustbowlbrewing.com.