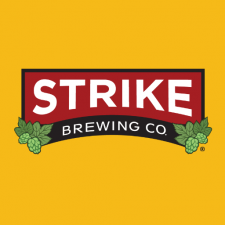 (San Jose, CA) – Strike Brewing Co. today announced a new, Collaboration Series in the spirit of independent brewing. The limited edition beers will be brewed with fellow craft brewers throughout the year. The series was developed by Brewmasters Drew Ehrlich and Ben Spencer so they could work closely with and be inspired by, other independent breweries. The first Collaboration Series beer, Winning Saison, was brewed with Brewmaster Arne Johnson at Marin Brewing Company.

Veteran Brewmaster and Director of Brewery Operations at Strike Brewing Co. Ben Spencer says, “Collaboration is really part of the independent brewery culture. Great people coming together to make great styles for fans of great beer. We’re proud to announce the collaboration series and really excited about the beers that will come out of it. ”

With more to be announced later.