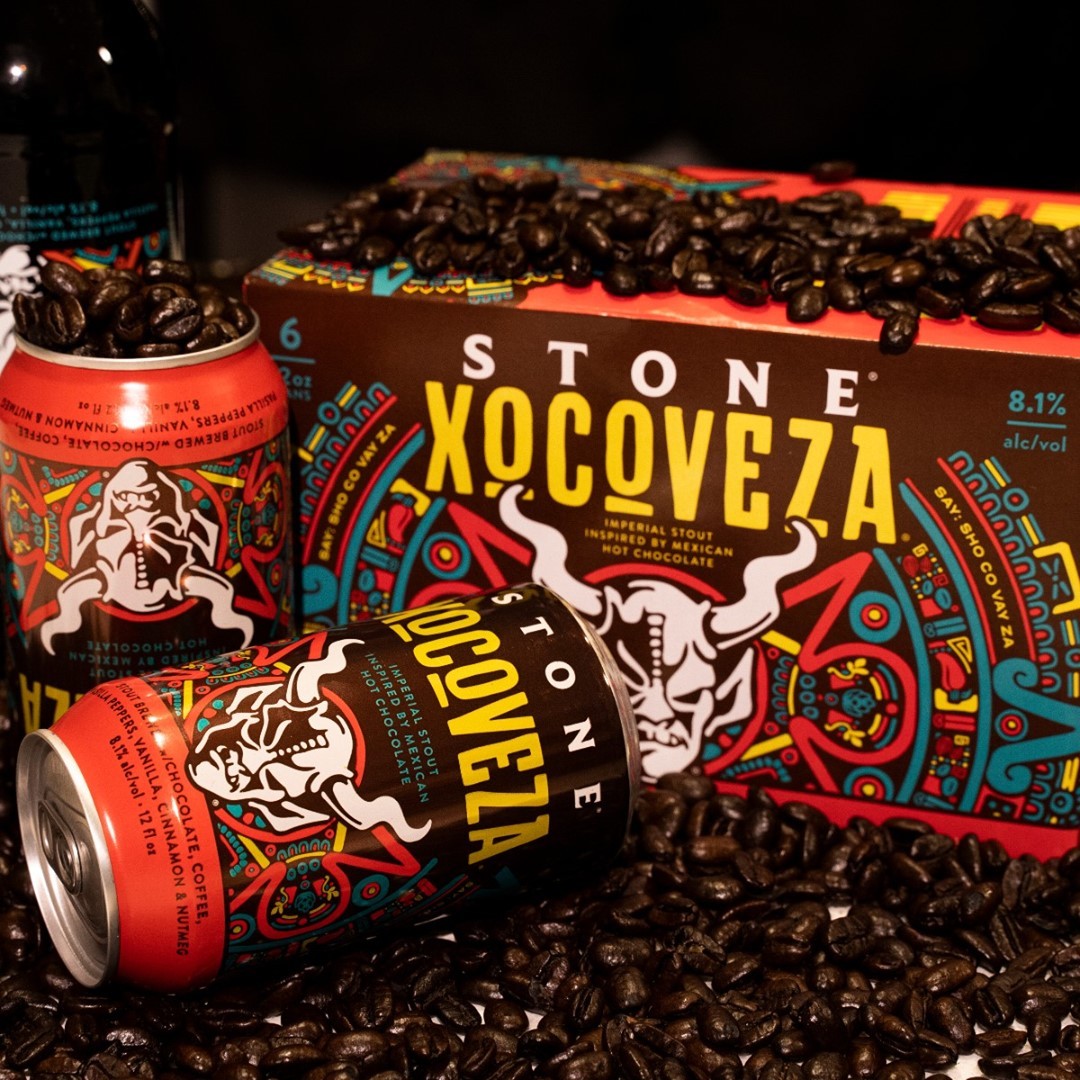 Cocoa and cinnamon flavors rise upfront, followed by coffee, nutmeg and vanilla. The fruitiness and mild heat of the peppers warm on the finish with chocolate present throughout each sip. It’s the same divine recipe that fans have clamored for since 2014, annually signaling the embrace of shorter days and longer nights; the embrace of a world-class imperial mocha stout. Enjoy now, or well into the following year as this one ages beautifully.

High quality ingredients are the key to the nuanced flavors of Stone Xocovea. This year, Stone proudly partnered with Ritual Coffee, a fully independent, woman-owned roasting company. Ritual is known for its seasonally fresh, single-origin coffees purchased directly from farmers and producers. In the same way that Stone defined the West Coast Style IPA, Ritual pioneered coffee’s West Coast Style of light roasting that pushes the boundaries of what coffee can be. Sound familiar? This relationship is intentional and nothing short of perfect.

“We trialed some new coffees from a few suppliers for this year’s Stone Xocoveza,” explained Steve Gonzalez, Stone Senior Manager of Brewing & Innovation – Small Batch. “The clear standout was Sítio Cafe Forte, a Brazilian coffee roasted by Ritual. The chocolate notes of the beans piqued our interest, and when we pilot brewed the beer with this coffee, the results really blew us away. Ritual is a company that has a well-deserved reputation not only for quality, but also sustainable sourcing and a commitment to diversity.”

Stone Xocoveza is now on shelves in awesome new packaging nationwide. Find it in 12oz six-pack cans and 22oz bottles and join Stone in celebrating: WE’VE MADE IT TO STONE XOCOVEZA SEASON!