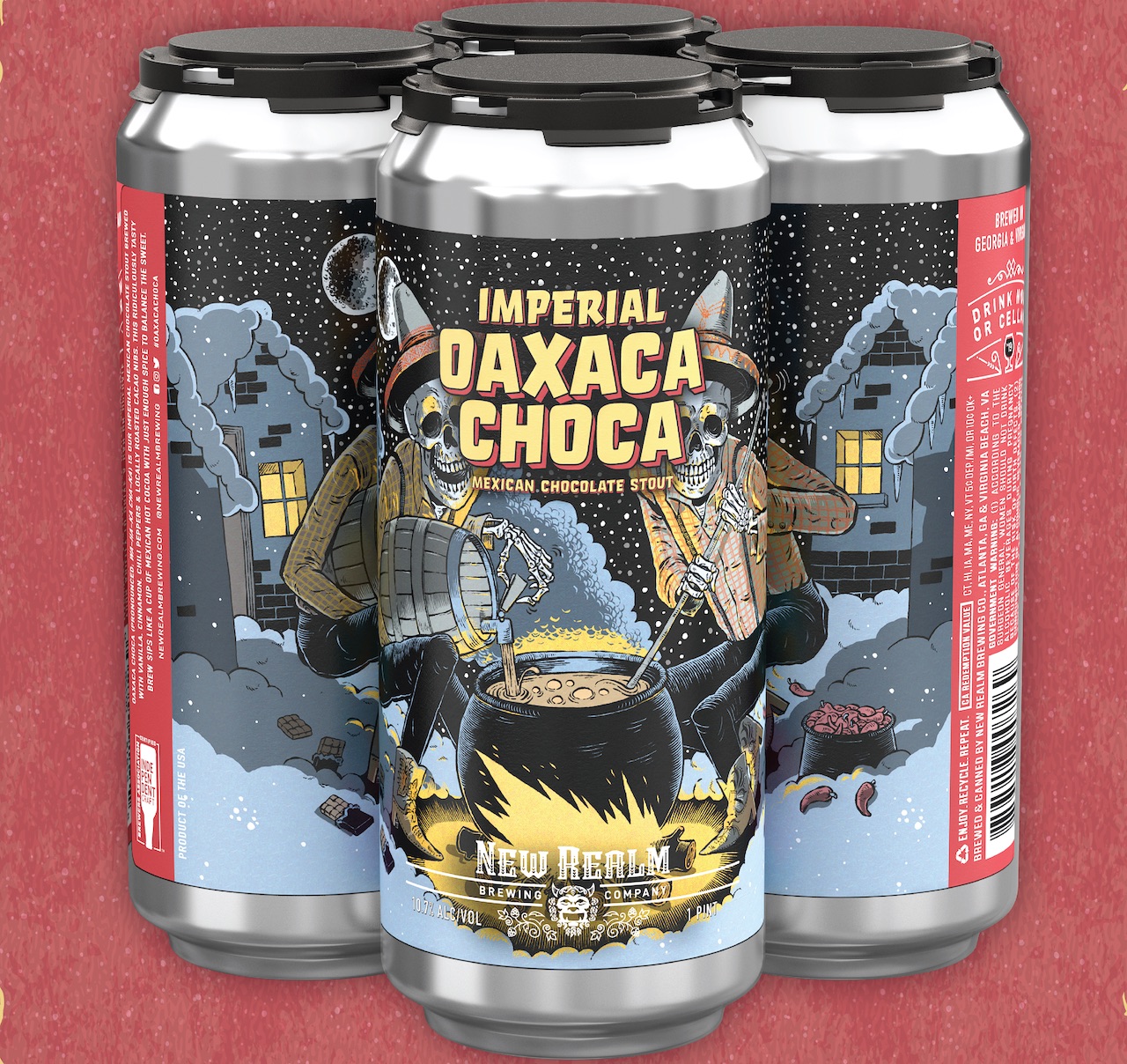 “Our brewing team nails this beer every year. The combination of a great Imperial Stout recipe, locally sourced cacao nibs, cinnamon, vanilla and chilies give this beer a wonderfully complex flavor. It’s one of our favorite releases all year long, and it’s also great as a cellar beer with a bit of age on it – perfect for vertical tastings!” said Mitch Steele, Brewmaster and Co-Founder of New Realm Brewing.

“We’re excited to present Oaxaca Choca – back for its 2020 release. This is Oaxaca’s third anniversary in celebration of the winter season but timed to celebrate Halloween and Día de los Muertos with its beautifully themed label artwork. Oaxaca is one of our most highly anticipated yearly releases that will continue to be a hard-to-find brand.  We’re only releasing a small amount of 16oz 4pk cans and draft in limited distribution with independent package retailers in Georgia and Virginia, and most of that volume is already pre-sold. Oh, and if you’re one of the many who awaits this yearly release, stay tuned for a barrel-aged version later this fall,” said Bob Powers, Co-Founder and Chief Sales Marketing Officer of New Realm Brewing.