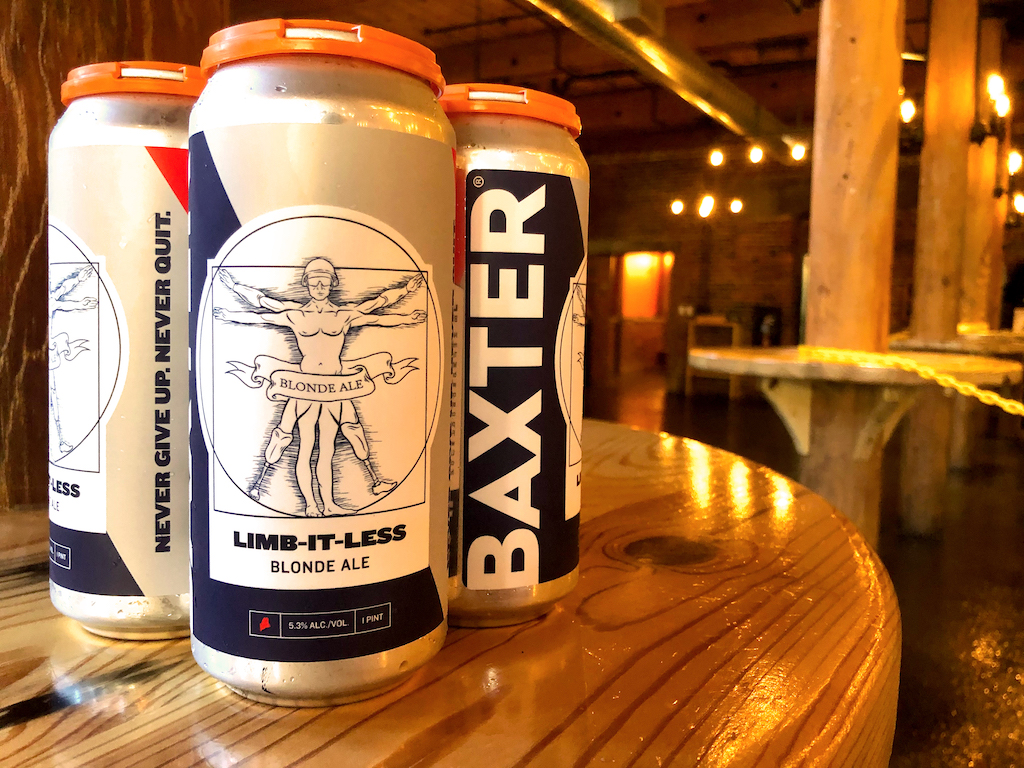 Travis Mills, founder of the Travis Mills Foundation, a nonprofit organization formed to benefit and assist post-9/11 veterans who were injured in active military duty, convened his third trip to the brewery to take part in the production process. The event has been hosted every since 2018 on the anniversary of 9/11.

“The Travis Mills Foundation is proud to partner with Baxter Brewing Company in support of America’s recalibrated veteran families. Over the last two years, we have been fortunate to take part in the brewing process on a day where patriotism shines and the ones that were lost are never forgotten,” said Tyler Stockford, Marketing & Event Manager for TMF. “Thank you for continuing to support our mission, we couldn’t be more proud to partner with a company like Baxter.”

Mills is a retired US Army Staff Sergeant and quadruple amputee. The Travis Mills Foundation’s partnership with Baxter Brewing came to fruition in 2017. A chance meeting at the Baxter-sponsored Great Falls Brewfest led to the discussion of producing a blonde ale, Travis’ favorite style of beer. A year later, this beer would become the first to be produced on Baxter’s seven-barrel pilot system.

“We are thrilled to embark on our third year of this partnership with the foundation and all of the contributing collaborators”, said Baxter President Jenn Lever. “We have been so proud of what we have been able to accomplish with the last two releases and always look forward to using all Maine ingredients to represent a cause that has grown so close to our hearts.”

Limb-it-less is Baxter’s only full production wet hop blonde ale. Proceeds from its sale will benefit the Travis Mills Foundation and efforts to support Iraq and Afghanistan War veterans and their families. Limb-it-less Blonde Ale will be available on tap at The Pub in Lewiston’s Bates Mill complex, all Hannaford location and available in 4-packs of 16-ounce cans wherever Baxter products are sold.

Baxter Brewing Company is the third-largest brewery in Maine by volume and is the first brewery in New England to offer its entire lineup exclusively in cans. Baxter brews beer for a sense of adventure, with grit and integrity. Enjoy these all-season, any-weather beers at The Pub (next door to the Baxter Brewery in the historic Lewiston Bates Mill) or on the trail (during an outdoor even produced by Baxter Outdoors). The Baxter family of beers, spearheaded by flagship brew, Stowaway IPA, has propelled Baxter Brewing to its current standing as an award-winning, 20K-barrel brewery and central Maine business staple.