(SAN DIEGO, CA)  – Coronado Brewing Company and Maui Brewing Company teamed up to brew one of the hottest new styles in craft beer. The Island-Style IPA, semi-recently coined in the craft beer world, is an IPA that captures the elements of a hazy IPA (i.e. tropical, juicy), but finishes clear, bright and crisp from the use of Cal Ale yeast. Post-boil, it’s loaded with New Zealand and west coast hops including Mosaic, Waimea, Motueka, El Dorado, and Chinook giving the beer super juicy, fruit-forward flavors of pineapple, mango, stone fruit, citrus, and pine. “We wanted to brew something that people could drink on the beach and feel like they were on vacation,” says Mark Theisen, Head Brewer Coronado Brewing Company. “We ended up with perfectly bright, clear, and gluten-reduced beer that’s great for drinking along the coast in SoCal or Hawaii.” 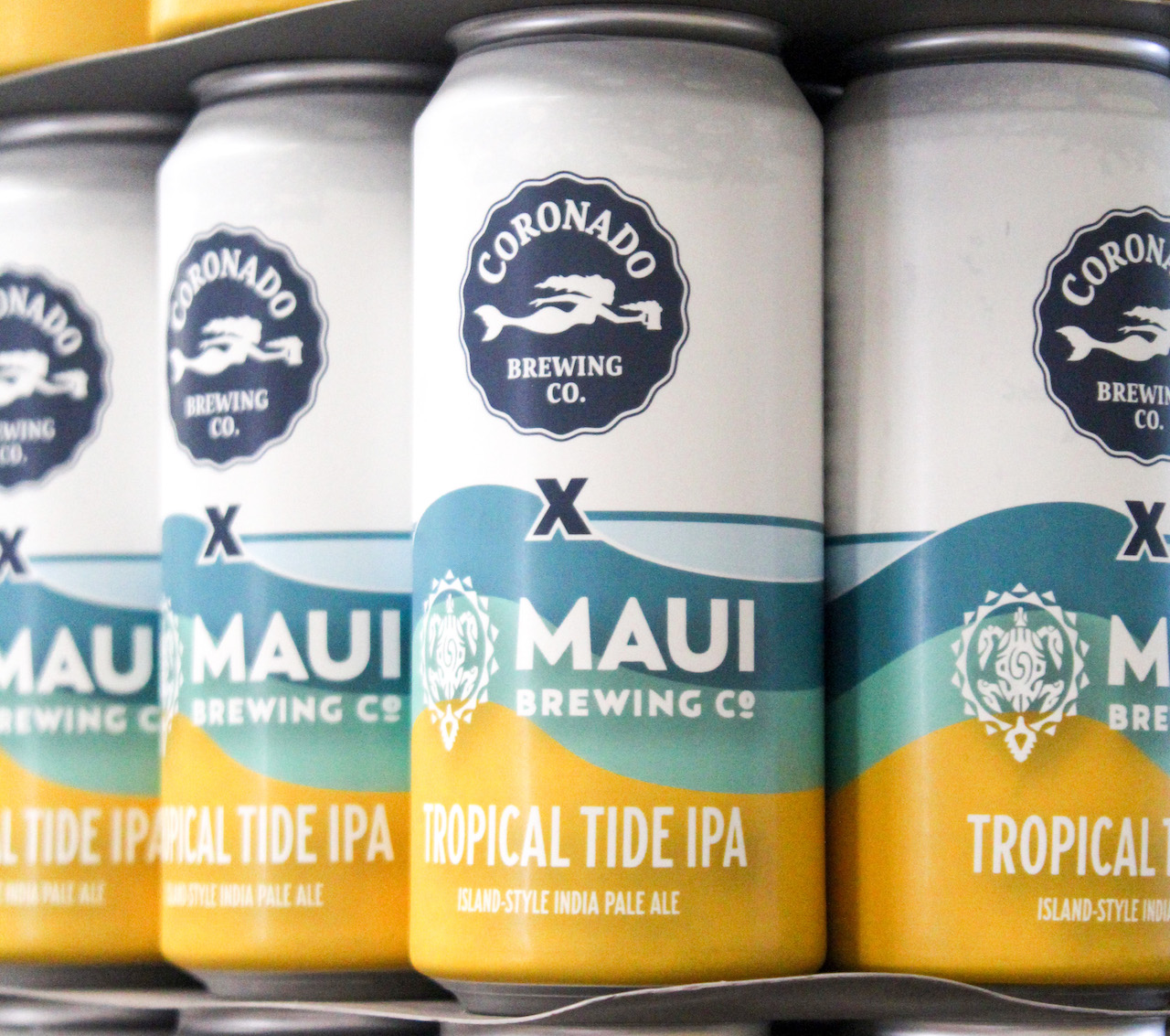 The 15-year friendship between the two breweries and their respective owners, Rick Chapman (CBC) and Garret Marrero (MBC), has prompted multiple collaborations. In October 2012, the breweries teamed up on a Hibiscus IPA in support of Breast Cancer Awareness Month. A portion of proceeds from that beer was donated to Beer 4 Boobs, a Susan G. Komen 3-Day walking team headquartered at San Diego-based yeast production company, White Labs.

This year’s brew was a first for the two breweries as, due to COVID19 travel restrictions, the entire collaborative effort was accomplished via Zoom, Facetime, and over the phone. Maui Brewing’s Brewmaster, Kim Brisson-Lutz adds, “We have grown so much as brewers since the original collaboration eight years ago. It’s through these times of separation (albeit also an ocean apart), we still come together to share knowledge for creating a beer that we both can be proud of.”

Tropical Tide IPA debuts at Coronado’s three locations on Friday, October 2. The beer will be available in 16oz can 4-packs and on draft, throughout Coronado’s distribution network. For more information about Tropical Tide IPA, visit www.coronadobrewing.com. Stay Coastal. Cheers.

In 1996, when craft beer was still a foreign term and San Diego County was home to only a handful of breweries, the Chapman brothers Ron and Rick opened a brewpub in their hometown of Coronado. Today CBC stays true to its San Diego roots, brewing abundantly hoppy West Coast-style ales, which are available today in 14 US states and 12 countries. In addition to the long-established pub in Coronado, the company opened a tasting room inside its San Diego production facility in 2013, and a tasting room and restaurant in Imperial Beach, California in 2014. Coronado Brewing Company was honored in 2014 with one of the brewing industry’s most prestigious awards—World Beer Cup Champion Brewery and Brewmaster for a Mid-Size Brewing Company, and more recently, a bronze medal at the 2019 Great American Beer Festival for its Weekend Vibes IPA (American IPA category, 362 entries) and silver medal for its Freebooter Barleywine (Barley Wine-Style Ale category).

Founded in 2005, Maui Brewing Company is Hawaii’s largest craft brewery, operating 100% in Hawaii. MBC is based on Maui, with its production brewery, full-service restaurant and tasting room in Kihei, as well as restaurants in Lahaina (Maui), Kailua (Oahu), and Waikiki (Oahu). Maui Brewing Company is available in 20 states, 1 district, and 3 international countries with more areas to follow.