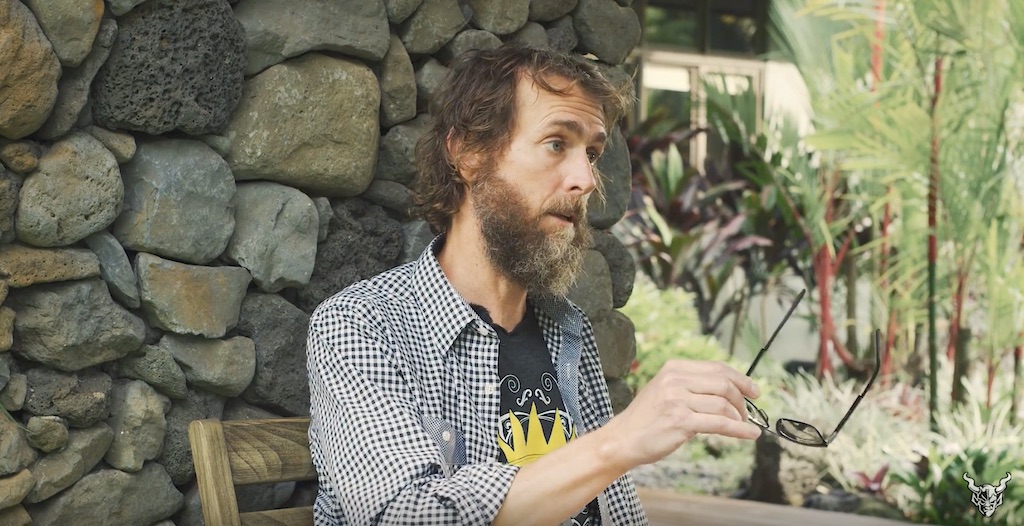 The Full Pint has just learned that Stone Brewing, based out of Escondido, CA will be filing lawsuit against macro brewing giant MillerCoors, specifically due to the rebranding of Keystone beer as STONE and STONE Light.

After watching Greg Koch’s video (scroll down to the middle), this comes across as blatant attempt to steal market share from Stone and arguably cause marketplace confusion.. The last time Keystone was on my radar was when I was playing beer pong in college. MillerCoors markets this budget industrial lager to young drinkers just beginning their journey into beer drinking. A whole generation of beer drinkers very well could associate the name Stone with inexpensive Keystone and Keystone Light rather than the premium craft product made by Stone Brewing in Escondido California and Richmond Virginia. Stated in the press release below, you will learn that MillerCoors tried to register the mark STONE and was rejected. MillerCoors removing “Key” from their packaging and marketing comes across as a tactic to circumvent the rejected mark application.

In regards to the traditional marketing by MillerCoors, displays at grocery stores and big box liquor stores has the most potential of marketplace confusion. Imagine mom heads out to the store to go grocery shopping, she asks if you need anything, and you tell her to pick up some Stone. She returns with a 30 pack of KeyStone Light. Upon her return, she proudly claims she found a great deal on Stone. Another scenario would involve the brand new drinker. Because not everyone is a beer geek, a young drinker might have their first sip of KeyStone and burns into their brain that STONE beer tastes horrible. One could make an argument that the scenarios I’ve mentioned are unlikely, but remember there are lots of people that buy beer that are not beer geeks like you and I, and every day someone turns 21 and decides to start legally buying beer and making buying decisions not only based on taste but also on price and alcohol content.

Last year, The Brewers Association launched an over the top campaign entitled Taking Craft Back, where they aimed at differentiating independent craft breweries from imposter, craft like brands under AB-InBev and MillerCoors. While this isn’t a case of the big guys confusing the market with fake craft brands, it’s definitely Big Beer trying to muddy the waters with one of the biggest, most popular independent craft brands in the country. If anyone questioned whether big beer plays dirty to solidify its market share, look no further than this tactic.

The Full Pint reached out to Stone with follow up questions but due to the sensitive legal nature of this situation, we were unable to get responses at the moment. Stay tuned as we learn more about this ongoing situation.

ESCONDIDO, CA (February 12, 2018) – Today Stone Brewing filed suit to defend its iconic STONE® brand against one of the world’s largest beer conglomerates, MillerCoors. Stone, known for being the antithesis to “Big Beer,” has long waved a flag of bold character, individualism and independence. The suit alleges that MillerCoors is trying to rebrand its Colorado Rockies-themed “Keystone” beer as “STONE.” The craft beer pioneer feels that it has no choice but to combat MillerCoors’ aggressive marketing moves, which abandon Keystone’s own heritage by falsely associating with the one true STONE®.

“Keystone’s rebranding is no accident,” said Dominic Engels, Stone Brewing CEO. “MillerCoors tried to register our name years ago and was rejected. Now its marketing team is making 30-pack boxes stacked high with nothing but the word ‘STONE’ visible. Same for Keystone’s social media, which almost uniformly has dropped the ‘Key.’ We will not stand for this kind of overtly and aggressively deceptive advertising. Frankly, MillerCoor should be ashamed.”

The Complaint alleges federal and state causes of action for unfair competition, trademark infringement and related claims. “For two decades our team and our fans together have given depth and meaning to the Stone brand,” expressed Greg Koch, Stone Brewing executive chairman & co-founder. “Our fans have come to trust us to deliver consistently fresh, high quality beer. They trust that we’ll do so in a way that’s ethical and betters our communities, our planet and the entirety of craft beer. By deliberately creating confusion in the marketplace, MillerCoors is threatening not only our legacy, but the ability for beer drinkers everywhere to make informed purchasing decisions.”

Never one to miss an opportunity to poke fun at Big Beer and its consumers, Koch added with a laugh “We all know Keystone is specifically designed to be as inexpensive, flavorless and watery as possible. We can’t have potential Stone drinkers thinking we make a *shudder* light beer. Or for our fans to think we sold out. MillerCoors needs to stop marketing its stuff using our good name.”

READ: THE HIGH END CONTINUES TO TAKE THE LOW ROAD

Twice named as the “All-time Top Brewery on Planet Earth” by BeerAdvocate magazine, Stone Brewing continues to gain devotees, solidifying its commitment never to sell out to Big Beer. Meanwhile, according to Nielsen, the beer industry’s Domestic Premium category dipped four percent in 2017, equating to a $12.5 billion loss. Says Greg Koch, “No wonder MillerCoors is trying to misappropriate what it could not otherwise accomplish by itself.”

Founded by Greg Koch and Steve Wagner in 1996, the groundbreaking San Diego-based Stone Brewing is the 9th largest craft brewer in the United States. Recognized as an award-winning, industry leader, Stone has been listed on the Inc. 500 | 5000 Fastest Growing Private Companies list 12 times, has been called the “All-time Top Brewery on Planet Earth” by BeerAdvocate magazine twice. The multifaceted company is the first American craft brewer to independently build, own and operate their own brewery in Europe (Berlin, Germany), and also opened a production brewery in Richmond, Virginia in 2016. Known for its bold, flavorful and largely hop-centric beers, Stone has earned a reputation for brewing outstanding, unique beers while maintaining an unwavering commitment to sustainability, business ethics, philanthropy and the art of brewing…and pledging never, ever, sell out to the man.  For more information on Stone Brewing, please visit stonebrewing.com or the company’s social media sites: Facebook, Instagram, Pinterest and Twitter.