(Cape May, NJ) — Cape May Brewing Company is celebrating the Eagles’ recent big win with a celebration in their Tasting Room at 1288 Hornet Road in the Cape May Airport. In the weeks before the big game, the brewery entered into a friendly wager with Massachusetts-based Night Shift Brewing. On February 17th, representatives from Night Shift will be on-hand in the Cape May Brewing Company Tasting Room from 4-5pm to settle the wager. 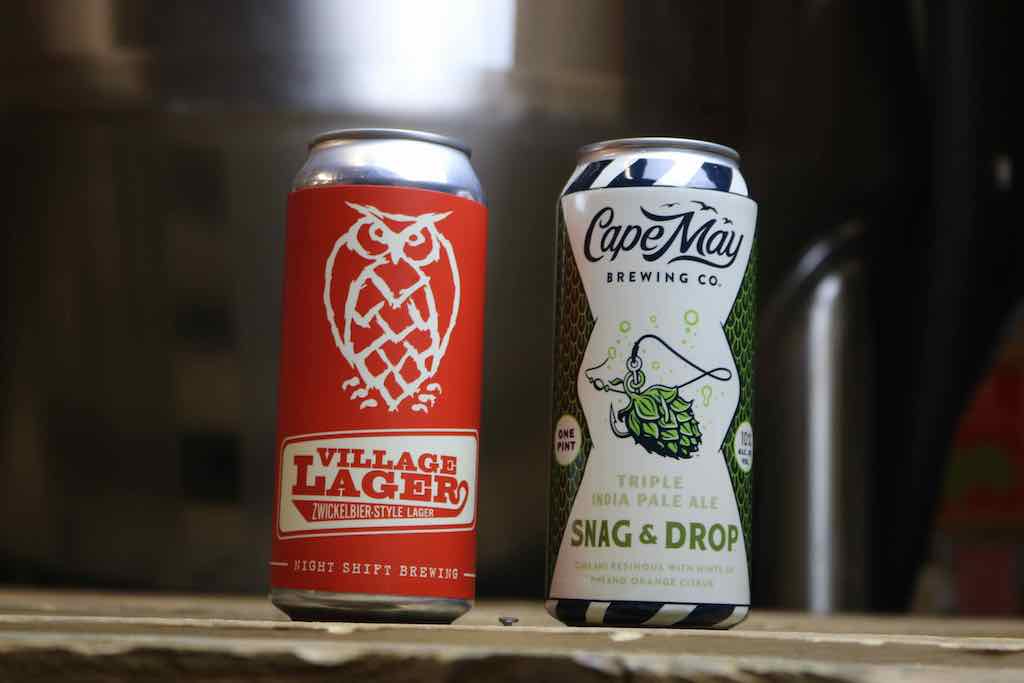 “It’s really been a great time working with these guys,” says Cape May Brewing Company CEO and co-founder Ryan Krill. “We were both hoping to see our teams win, but they’ve been gracious, even in the face of their home team’s loss. The Eagles prevailed and so did CMBC!”

“We love the opportunity to stir up a little bit of friendly competition with other great craft breweries,” says Kim Currier, Marketing Director at Night Shift Brewing. “Although we are bummed that the Patriots lost, it was a well-played game and we have to give credit where credit is due. The Eagles out-played us so now we have a good reason to visit CMBC, making the loss even a little less painful. We hope Mike, one of our co-founders, has a great day serving beers to all of the fans down in the NJ/Philly area and we are honored to be able to donate his tips to support the Eagles Charitable Foundation.”

In addition, Cape May Brewing Company will be tapping a special firkin of their recent Northeast Pale Ale commemorating the US Coast Guard, Always Ready. With five varieties of hops and wheat and oats in the grain bill, this pale ale is bursting with aromas of tropical fruits such as pineapple, mango, and citrus zest. For the event, the brewers will be creating a Boston Cream Pale Ale: Always Ready conditioned with lactose, chocolate and vanilla.