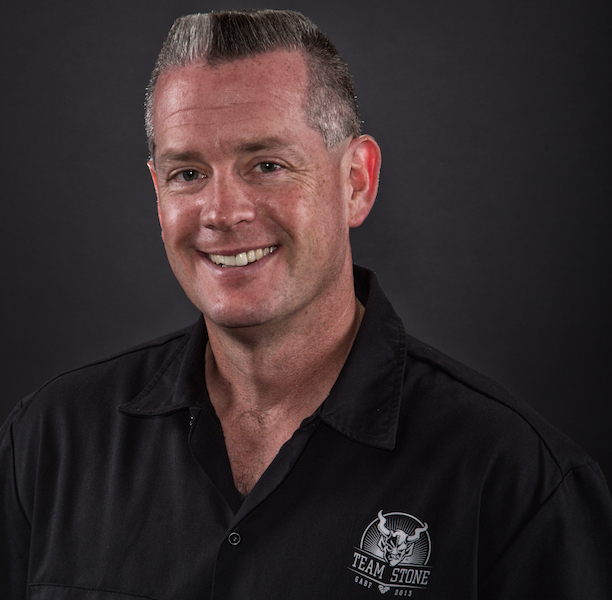 The craft beer industry was shocked last week, when Stone Brewing and Mitch Steele announced a separation in which Mitch would be looking to participate in a new, yet to be unveiled craft brewing venture. In the video, Mitch professed his love for Stone and some of his fondest memories.

Mitch might be considered the most well loved and respected person in craft beer.  If Stone didn’t need him, he wouldn’t have been there. If they didn’t think he was a master mind, they wouldn’t have been flying him around the globe to make sure their two new production breweries were the gold (or Stone) standard.  I reached out to Stone Brewing’s COO, Pat Tiernan to get a little more insight into how Stone handles such a significant loss of talent. As of this writing, there are no plans for Stone to hire a replacement Brewmaster.

We’ve heard Stone will not replace Mitch in the short term, what are the long term plans to backfill this vital position?

PT: In the last 10 years, Mitch has invested deeply in his team and built great leadership for brewing. As he said in his video, we think Stone has some of the best in the industry. We’re confident we have a solid foundation to continue being an innovative and bold company, while upholding the highest standards for quality and freshness. The innovation team he established over the last few years will continue as we envisioned when we first began to set it up. Much like our collaborative industry and the Stone Collaboration beers we put out each year, Mitch and the team have worked together on several recipes such as Stone Mocha IPA. Kris, Steve and Jeremy are brewing pros who know how to formulate beers and understand the Stone ethos through and through. I will personally miss Mitch tremendously and value his tutelage. He’s ensured us that his legacy will live on. The team will stay intact and we’ll continue to do what we’ve done with Greg and Steve’s ongoing guidance and approvals…just as it’s always been.

Will Stone perhaps offload the responsibilities held by Mitch across the 3 main breweries to and create multiple highly responsible positions instead of putting this back on one person?

PT: Each large scale brewery—in Escondido, Richmond, VA and Berlin, Germany—already have a brewing operations executive to oversee the day-to-day functions, lead the teams, collaborate with others on beers, scale new formulations, run pilots and so on. Joel does a great job running Escondido while Thomas and Peter are ramping up our new facilities in Berlin and Richmond, respectively. Together, these guys have already been running the operations for Mitch and I.

Will the next hire(s) have any more influence over the brands and recipes than Mitch had?

PT: We don’t have plans to hire a replacement for Mitch at this time. He credits much of our success to his awesome team and they will continue to uphold our standards exactly as you know them. We’ll definitely miss having Mitch on Team Stone, and we’re extremely lucky to have had his many contributions to Stone in the last ten years.