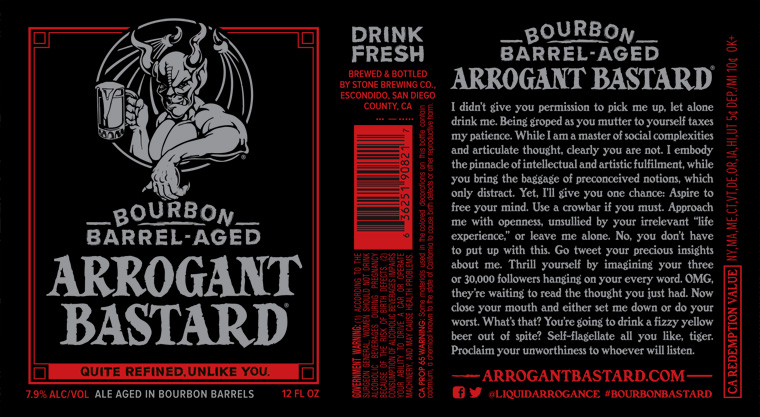 Incase you aren’t familiar, Arrogant Bastard Ale is an aggressive, amber colored strong ale that will hit all the spots on your tongue that sense bitterness.  Throwing this beer into Kentucky bourbon barrels will do one of two things: add a whiskey kick to an already kickin’ beer or will slightly smooth this rough beer out. You’ll never know unless you try it. We’d imagine that you should be able to pick this beer up anywhere you buy your other Stone beers from (See the beer finder link below if you get stumped.)

Here are some actual facts about the beer I’ve been rambling about. Best of luck to you.