(HAMPTON, N.H.) — Smuttynose Brewing Company will release S’Muttonator Double Bock as its first entry into the new Heritage Beers series. Beginning March 30th, S’Muttonator will be available for a limited time in 12 oz. four packs and draft wherever Smuttynose Beers are sold. 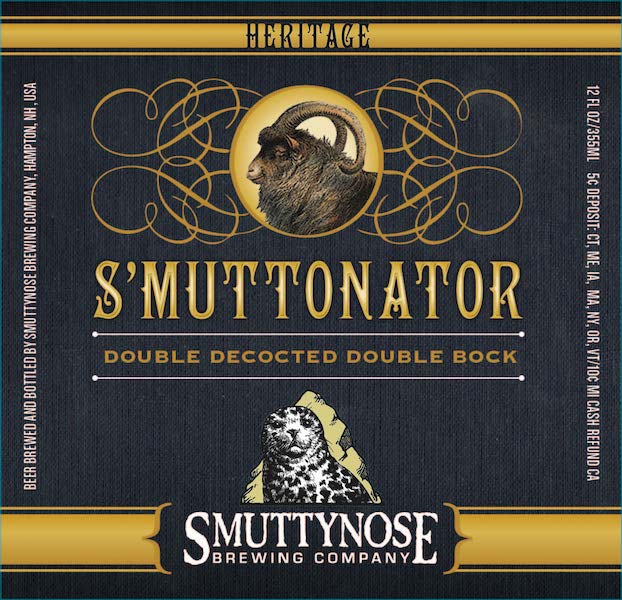 “After nearly twenty-five years and hundreds of different brews, we wanted to celebrate some of our favorites,” said Smuttynose Brewing Company founder and President Peter Egelston. “S’Muttonator has been one of our most popular beers for years, so making it the first entry into our Heritage Series was a logical choice.”

Heritage Beer series is a new line that will reintroduce previously-retired beers from our history. Whether old year-round favorites, discontinued seasonals, or limited-run Big Beers, look for some of Smuttynose’s most legendary beers making a return as part of the Heritage Beers series.

S’Muttonator is a twice-decocted beer that pays homage to the widely-respected brewing and naming practices used with double bocks around the world. S’Muttonator Double Bock derives its high-quality flavor through the malts and traditional double decoction mashing technique, and displays the unique flavor profile offered only German specialty malts. The extra time and effort bring out the hallmark nutty, toffee notes alongside a characteristically smooth melanoidin of a double bock.
Smuttynose Brewing Company, New Hampshire’s leading independent craft brewery, has been brewing award-winning beer from the Granite State’s Seacoast since 1994. Their Hampton headquarters is the first LEED Gold-certified greenfield brewery in the US, and is home to Hayseed Restaurant and a nine hole-disc golf course. Smuttynose beers are available in twenty states and twelve countries.