Anchor Brewing Teams Up with SF Giants for Los Gigantes™ 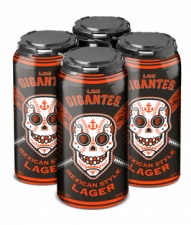 Baseball and San Francisco have gone hand in hand for more than 100 years. With roots that date back to the California Gold Rush, Anchor is intrinsically tied to the city and has been enjoyed by Giants fans for decades. Anchor Brewing and the Giants have been official partners since 2011, combining two quintessential San Francisco traditions: Brews and Baseball. Los Gigantes was inspired by the vibrancy and diversity of the city and Giants’ fan base. An easy-drinking beer, it is the perfect ballpark brew, combining a light maltiness with crisp, refreshing flavor.

“Los Gigantes is a San Francisco Giants nickname known and loved by many fans,” said Anchor Brewmaster Scott Ungermann. “We knew it would be a perfect complement to this Giants-inspired Mexican style lager. The beer’s recipe combines a blend of 2-row pale malt, flaked maize, and Cluster and Tettnang hops. The result is a crisp, refreshing lager that is light and easy-drinking. It’s the perfect choice for game day or any fiesta that comes your way.”

Los Gigantes is the second release in a series celebrating the long-standing partnership between Anchor Brewing and the San Francisco Giants. This year’s Mexican lager is the perfect ballpark companion for all 9 innings.

Los Gigantes arrives in select markets just in time for the 2017 Major League Baseball season on draught and in 12 oz. and 16 oz. cans, marking Anchor’s first ever release of 16 oz. cans. The packaging boasts a strikingly unique Los Gigantes design that Giants fans will come to know and love. The beer is available at select bars, restaurants, and stores in Northern California, Nevada, and Hawaii, as well as at the Anchor Brewing Taproom and Anchor Brewing Beer Garden at The Yard in San Francisco. Find Los Gigantes using the Anchor Beer Finder.

About Anchor Brewing Company
Anchor Brewing Company’s roots date back to the California Gold Rush making it one of America’s oldest breweries. Its Anchor Steam® Beer is San Francisco’s original since 1896. In 1965, Fritz Maytag acquired and revived the struggling brewery at a time when mass production of beer dominated and seemed unstoppable. Maytag started a revolution in beer that originated today’s craft beer movement. An undisputed icon, Anchor is America’s first craft brewery where beers are handmade in our traditional copper brewhouse from an all-malt mash. At Anchor, we practice the time-honored art of classical brewing, employing state-of-the-art methods to ensure that our beers are always pure and fresh. We know of no brewery in the world that matches our efforts to combine traditional, natural brewing with such carefully applied, modern methods of sanitation, finishing, packaging and transporting.