(Delaware Valley, USA) – On Thursday, April 6, Iron Hill Brewery & Restaurant will release The Cannibal Belgian-style golden ale in cans, perfect for the first sunny days of spring. The complex, award-winning beer will be available in four-packs of 16-oz. cans at all Iron Hill locations, and is a popular favorite that pairs perfectly with barbecue, grilled foods and other warm-weather staples. 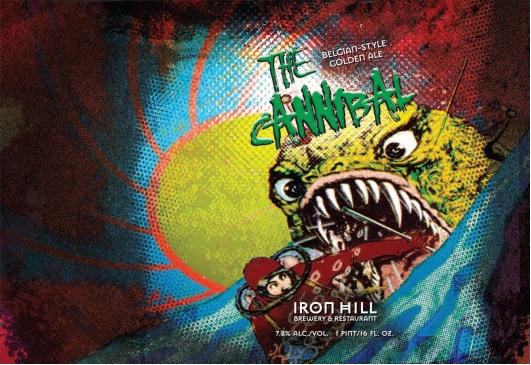 About Iron Hill…Founded by home brewers Kevin Finn and Mark Edelson and restaurateur Kevin Davies in Newark, DE 20 years ago, Iron Hill Brewery & Restaurant has blossomed from one restaurant and brewery to 12 locations across the mid-Atlantic.  Each restaurant is dedicated to producing and serving top-quality hand-crafted beers and cuisine in a warm and hospitable setting, and all are open seven days a week for lunch and dinner.  In 2014, Zagat honored Iron Hill by naming them the most popular restaurant in Philadelphia, and their beers have earned 45 medals from the Great American Beer Festival in an unbroken 20-year winning streak that continues today. They debuted their 12thlocation, in Huntingdon Valley, PA, in August 2016, and recently announced their planned expansion into Center City, Philadelphia at 12th and Market Streets.