(Norfolk, VA) – Chin curtain. Mouth brow. Nose neighbor. Lady tickler. Trash stash. Crumb catcher. Call it what you want, but on March 10, fifteen brewers from across Southeastern Virginia will shave their beards and reveal their chins in honor of the children in our community affected by cancer. All funds raised at the event will benefit Children’s Hospital of The King’s Daughters (CHKD) Cancer and Blood Disorders Program. Dr. Eric Lowe from the CHKD Oncology Department will be a special guest at the event. Jake’s Place is donating their time and talent to give each brewer a clean, close, hot shave. 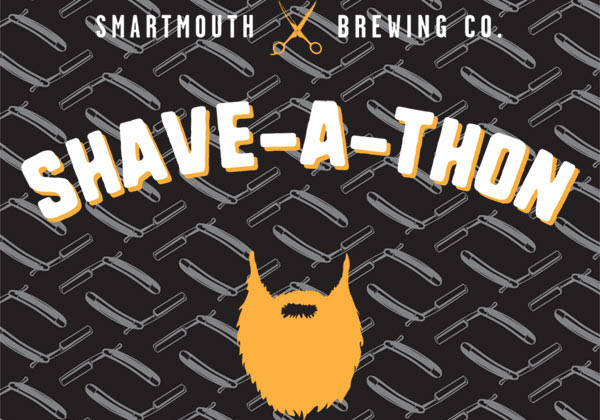 Each participating brewery will be tapping a special beer that will be sold at the event. In addition, Jimmy from Smartmouth and Kane from O’Connor collaborated on a special Belgian Table Bier called “Hugs > Handshakes” that will make its debut.

A silent auction will be available with items from each brewery including merchandise, gift cards, specialty items and more.

The event was the brainchild of Jimmy Loughran from Smartmouth who wanted to host an event to benefit the area’s sickest children. He challenged his facial-hair-sporting-brewer-comrades to join him in his quest. Some of the brewers have not shaved their beards in more than 5 years!

The event will be held at Smartmouth’s Pilot House in Virginia Beach from 2:00-5:00pm on Saturday, March 10. Located at 313 32nd Street, Virginia Beach, parking is available on the 33rd street side of the building, along 33rd street and in the public lot on the corner of Pacific and 34th street.

More information and links each brewer’s fundraising page can be found at:
https://smartmouthbrewing.com/event/shave-a-thon/

Since 2012, Smartmouth has helped shape the Hampton Roads craft beer scene with unique styles, quality ingredients and an emphasis on flavor over flash. No gimmicks, no funny business, just an appreciation for well-crafted beer and a desire to share it with others.

Today, we distribute a variety of beers throughout the state of Virginia, in addition to serving our local community with locations in both Norfolk and Virginia Beach. Our Norfolk facility is the primary location for brewing, packaging and distributing our beers while the Pilot House in Virginia Beach offers additional private event space, a tasting room and a small-batch brewery system for making more unique and experimental beers.