(San Leandro,CA) – Rich barrel aged stouts, ass-kicking double IPAs, and innovative experiments are common at Drake’s, but we still enjoy brewing and drinking classic beer styles. One of our favorites is the North German-style Pilsner. A year ago we started brewing a draft only version. It became Flyway Pils, and demand for it grew, month after month. 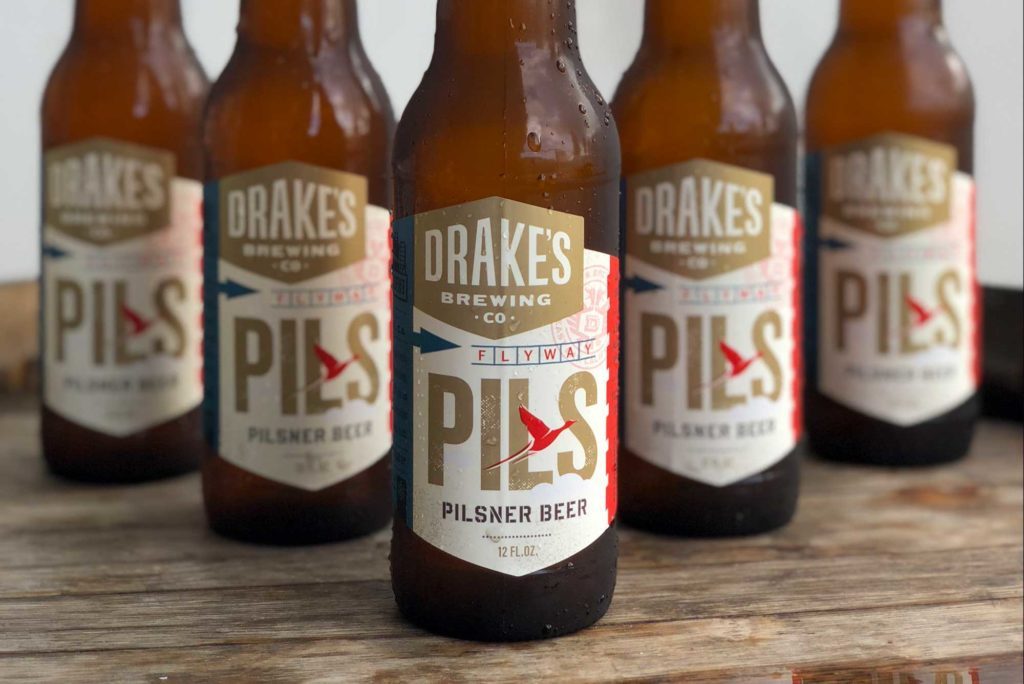 The beer’s name was inspired by the Pacific Coast Flyway, a migratory path for birds, that extends from Hawaii to Southern California, and north to Alaska. Millions of birds travel this Flyway to reach critical habitats, including ducks, which have been synonymous with Drake’s Brewing.

Flyway Pils is made with Extra Pale Premium Pilsner Malt from Weyermann Malting Company of Bamberg, Germany. It’s the palest barley we were able to source from the World Class malting house, and produces a hint of malty sweetness and honey notes. While the malt is German, the single hop in Flyway Pils is one step removed.

We use Vanguard hops in Flyway Pils for bittering, in the whirlpool, and for a gentle dry-hopping, resulting in 43 IBUs. Vanguard is a direct descendant of the German noble hop Hallertau Mittelfrüh. It has a delicate cedar and woody characteristic, with a touch of soft bitterness, due to its low alpha acid content.

Then we ferment Flyway Pils with a lager yeast strain that’s extra clean, crisp, and dialed the beer up to 4.5% alcohol by volume. Like the hops we used, the yeast also has European roots. Its lineage extends from the original domesticated lager yeast, from Carlsberg Brewery in Denmark, first isolated and domesticated in 1882. Once fermented, we lager condition the beer for a touch over two weeks in the tank.

Drake’s brewmaster, John Gillooly, is as excited as a thirsty German in a beer garden. “We’re super happy to see Flyway Pils go out in bottles, making it easier for us to take home! We’ve been making this beer for a year and it’s been a real go-to for brewers. It’s a perfect, dry, crisp Pils, with a great expression of an unjustly ignored hop, Vanguard, and we’re really pleased that more people will have a chance to enjoy it with us!”

About Drake’s Brewing
An urban craft brewery operating from the former powerhouse of a long-gone Caterpillar plant in San Leandro, California. Established in 1989, Drake’s Brewing is celebrating 25+ years of making exciting and extreme ales & lagers for distribution throughout California.