(Comstock Park, MI) – No Rules. No Limit. No Retail Distribution. No Place but the Pub. 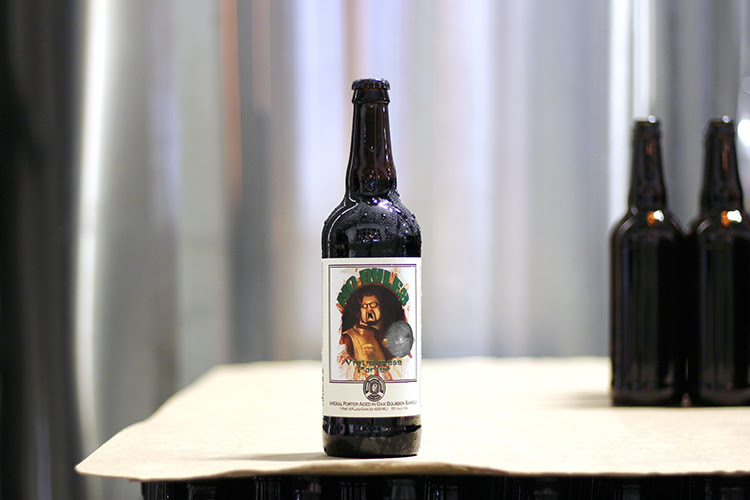 On Saturday, April 14, Perrin Brewing is set to release the award-winning No Rules Vietnamese Imperial Porter at the Perrin Pub in Comstock Park, kicking off the release with the No Rules Day Celebration event.

This year, Perrin Brewing is offering No Rules as a brewery only release in order to show appreciation for the loyal community of fans seeking the much-anticipated brew. A brewery only release will allow fans to get their hands on it straight from the source; plus, coinciding with the release, lovers of No Rules are invited for an afternoon of festivities at the No Rules Day Celebration. The party starts at noon on Saturday, April 14, when the bottles will become available to the public. Fans can simply grab bottles to go or, if they’re not into the whole brevity thing, hang out at the Perrin Pub for an outdoor celebration with live music, specialty beer on tap, games, and food until 4pm.

No Rules will be released in 22oz “Silver Bowling Ball” bottles and on draft both inside the pub and at the outdoor celebration. The price per bottle is $16.99 for No Rules 2018. Bottles will be sold on a “first come, first served” basis with no limits on how many bottles a given individual can purchase.

A lotta what-have-yous about No Rules Imperial Vietnamese Porter:

Forbes Magazine ranked No Rules one of the Top 5 CANarchy Beers to Drink in 2018.

No Rules, a 15% Vietnamese Imperial Porter, is brewed with coconut, cinnamon and turbinado sugar, then laid down and aged in bourbon barrels.

Perrin Brewing will also be offering a very limited quantity of cellar reserve No Rules bottles from 2017 and 2016, and both scotch and rum barrel-aged variants for purchase while supplies last. No Rules 2017 bottles are priced at $18.99, No Rules 2016 bottles at $20.99, and No Rules Scotch and Rum variants at $20.99.

So pack up your bowling bag, roll out the rug, and join Perrin Brewing for No Rules Day 2018. This isn’t ‘Nam. This is Perrin. There are No Rules.
About Perrin Brewing Company:

Established in 2012, Perrin Brewing Company of Comstock Park, MI, strives to push the boundaries of Craft Beer. They do what they want, not what everyone else expects. They combine that approach with innovative technology to create unexpected flavors with clean consistent quality. Every time. Through the CANarchy Craft Brewery Collective, Perrin has experienced exponential growth among package offerings, out-of-state distribution, and an overall increase in barrel production.