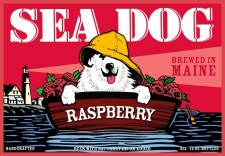 These three wheat beers are the first to launch with the company’s new look.  New packages for Sea Dog’s full line of year-round and seasonal products will be on shelves by the end of the year.

“We’ve also taken this as an opportunity to introduce some dramatic new colors,” noted sales and marketing manager Bruce Forsley.  “The look is contemporary and relevant to a younger and more diverse consumer.” 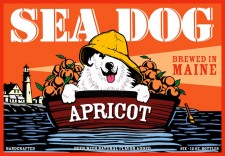 The packaging was redeveloped to align with the branding of the popular Sea Dog pubs in Maine and Massachusetts.

In addition to unveiling this new look, this summer the company will introduce Sea Dog Blonde Ale in 6- and 12-packs.

“Sea Dog Blonde Ale is a bit lighter and lower in alcohol and is what’s known as a session beer,” continued Forsley.  “It’s the perfect alternative for the beer lover transitioning into the craft category.”

Sea Dog beer is available in 12-packs, 6-packs, and on draft.  All three of the award-winning fruit beers debuting the new packaging this month pair well with light fare such as chicken, seafood, and salads.  Recent awards include:  1st and 2nd place at the California Brewer’s Festival, Gold at the San Diego County Fair, Bronze at the Los Angeles County Fair, and Bronze at the Australian International Beer Awards.

Sea Dog beer is brewed in a traditional English-style at Shipyard Brewing Company in Portland, Maine.  The brewers use only the highest quality ingredients like imported English two-row malted barley and British top-fermenting yeast; resulting in brews with a distinctive, refreshing taste and crisp finish unique to top-fermented beers.

Sea Dog currently produces 10 varieties of hand-crafted, award-winning, year-round and seasonal ales.  In addition, Sea Dog also produces its own traditional, handcrafted root beer.  Its products are available in 39 states across the U.S.  A full list of distributors can be found at this link: http://www.seadogbrewing.com/pdf/TBS_Distributor_Listsm.pdf