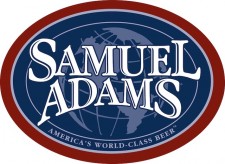 Our feed lit up this weekend about  Samuel Adams entering into the world of craft cans by announcing Boston Lager and Summer Ale will be making their aluminum can debut shortly. Please read our thoughts below the Boston Globe excerpts.

Here’s the meat from The Boston Globe Online:

Koch refused to budge when manufacturers created a can lining that kept the beverage from touching aluminum, or as other craft brewers, such as Oskar Blues, Sierra Nevada, and Fat Tire began embracing the metal containers over the last 10 years. But two springs ago, Koch decided to take another look at the market, and ultimately, create his own can.

“We thought Jim would eventually change his mind and he’d just come around,” said Jay Billings, director of innovation and marketing for Ball, a Colorado canning company that packages Oskar Blues and 150 other craft brewers’ products. “It took us a long time to understand that Sam Adams was not going to go in a standard 12-ounce beverage can.”

Victory finally seemed possible. Over several months, Boston Beer tweaked the design six times, altering the slope of the curves, the size of the lid, the shape of the lip, and the placement of the opening. The aim was to make the experience as close to drinking from a glass as possible.

Bunker Hill also hired Desrochers, the beer specialist, to conduct professional tasting panels made up of beer aficionados who go through a year of training in the art of rating brews.

“I was very skeptical at first. I’ve seen lots of can changes over the past 30 years and not a lot has had a true effect on the drinking experience,” Desrochers said. “But there is a meaningful difference here.”

And with that definitive stamp of approval, Bunker Hill is headed to market. New canning equipment has been ordered, and the plans are to roll out cans of Sam’s Boston lager and Summer Ale in time for beach-cooler weather.

My only criticism would be the push for drinking from the can.  As craft beer pioneers, I hope Jim Koch/Boston Beer/Samuel Adams would first push for consumers to pour into a glass, and in the case of being on the golf course or camping, drinking out of the innovating can. Large macro rivals have been beating the gimmicky vessel for so long, I am afraid their “breakthrough” technology will be lumped in with the silliness of the vortex bottle and the widemouth can. I do have to