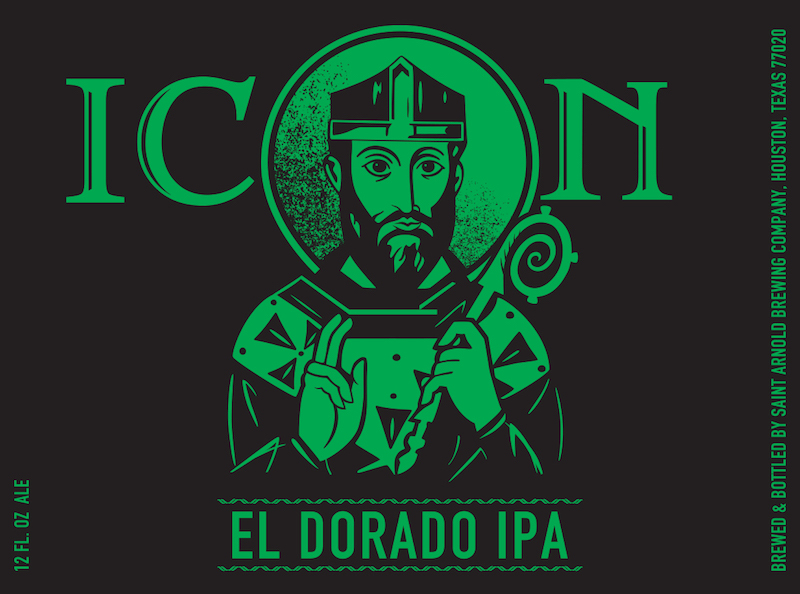 The El Dorado hop in Icon Green – El Dorado IPA is front and center, lending flavors of watermelon, pear and stone fruit. Citra hops were also used to provide even more tropical fruit flavors to the IPA. Three different malts are used in the IPA. Two-Row pale is the base malt with additions of Weyermann Melanoiden and Caramel 120 malt to add some sweetness and balance the hops and to give this brew a nice red color.

“Icon Green has become the release where we focus on new hops,” said Saint Arnold Founder/Brewer Brock Wagner. “It’s great for our customers to be able to experience and appreciate new hop varieties and is a platform for us to assess how we may want to use this hop in the future.”

Beers in the Saint Arnold Icon series have limited release availability, typically three months, and will be available in six-pack bottles and on draft in Texas and Louisiana. More information on the Icon Series is available here:
http://www.saintarnold.com/icon/.