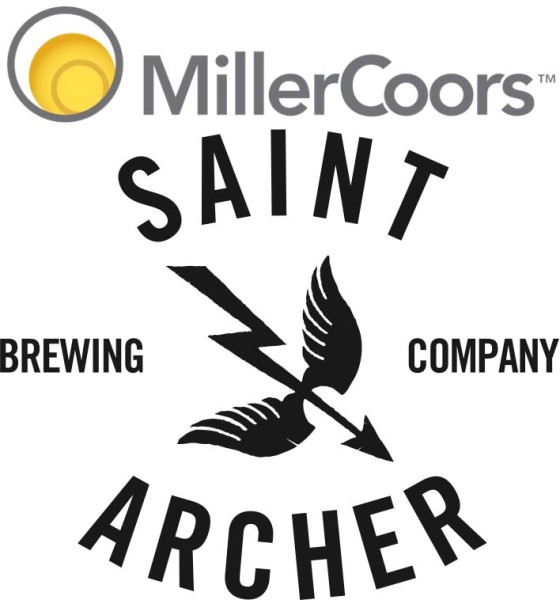 All those whispers have been confirmed today as Saint Archer made their formal statement about selling the majority of their ownership to MillerCoors. In the current age of acquisition, this deal may not come as a surprise to many, and while we’d hate to brag, we called it a little over a month ago. Financial details were not disclosed but it’s a safe assumption that this transaction will give the Saint Archer team the resources they desire in order to continue their incredibly rapid growth. The business will be run by MillerCoors’ craft division, Tenth and Blake, which also manages brands we can’t help but love (AC Golden) and ones we could pretty much do without (Blue Moon).

While a big beer acquisition does not sound like great news to their loyal fans, there is comfort in knowing that Saint Archer co-founder and president Josh Landan will be staying on to manage his team along with his incredibly talented roster of brewers. We’re calling this a too-soon-to-tell scenario, but as long as that Mosaic IPA and their Girl Skateboards Hoppy Pils don’t disappear, we’ll deal.

Tenth and Blake, the craft and import division of MillerCoors, announced today an agreement to acquire a majority interest in Saint Archer Brewing Company.

Founded in San Diego in 2013 by a talented group of entrepreneurs, artists, skateboarders and surfers, Saint Archer brews an award-winning range of ales including Blonde Ale, IPA, White Ale and Pale Ale. Saint Archer expects to sell 35,000 barrels of beer in 2015, up more than 100 percent over 2014, making it one of the fastest-growing breweries in California. Tenth and Blake plans to support its continued growth under the ongoing leadership of Josh Landan, Saint Archer co-founder and president.

“We have always wanted to get great beer into more people’s hands,” said Landan. “We were fortunate that brewers big and small were interested in partnering with us, but Tenth and Blake was the clear choice. Tenth and Blake shares our passion for putting great beer first. Joining Tenth and Blake allows us to keep doing what we love right here in San Diego, but now with more resources to innovate and grow. With Tenth and Blake’s help, we hope to one day be a national brand.”

Saint Archer’s management and their team will continue to brew, package, ship, and sell Saint Archer’s outstanding portfolio of high-quality brands. Saint Archer will be run as a separate business unit of Tenth and Blake.

“We’re really excited about our partnership with Saint Archer,” said Scott Whitley, president and CEO of Tenth and Blake. “Saint Archer is consistent with our strategy of building our high-end portfolio while driving topline growth. Josh and his team represent everything we look for in a partner. Saint Archer brews award-winning ales across a variety of styles that are complementary to our current portfolio—including some outstanding IPAs. We’re excited at the prospect of working together to support the continued success of Saint Archer.”

Saint Archer Brewing Company was founded on a unique strain of creative talent: World-class brewers, Artists and Musicians, Surfers, Skateboarders and Snowboarders; all coming together with passion and commitment to express our collective true love – handcrafted beer. Saint Archer has been a long time in the tank and we hope you taste our appreciation and gratitude in every sip. www.saintarcherbrewery.com

About Tenth and Blake Beer Company: