(Rochester, NY) – Rohrbach Brewing Co. initially brewed Griddle Cakes Blueberry Maple Wheat Ale in spring of 2018 as part of their ongoing Neoteric Series. The Neoteric Series consists of one-time releases of more unique, small-batch brews that showcase the creativity and innovation of the Rohrbach brewing team. The return of this beloved brew is a unique exception to the one-time releases of the series. 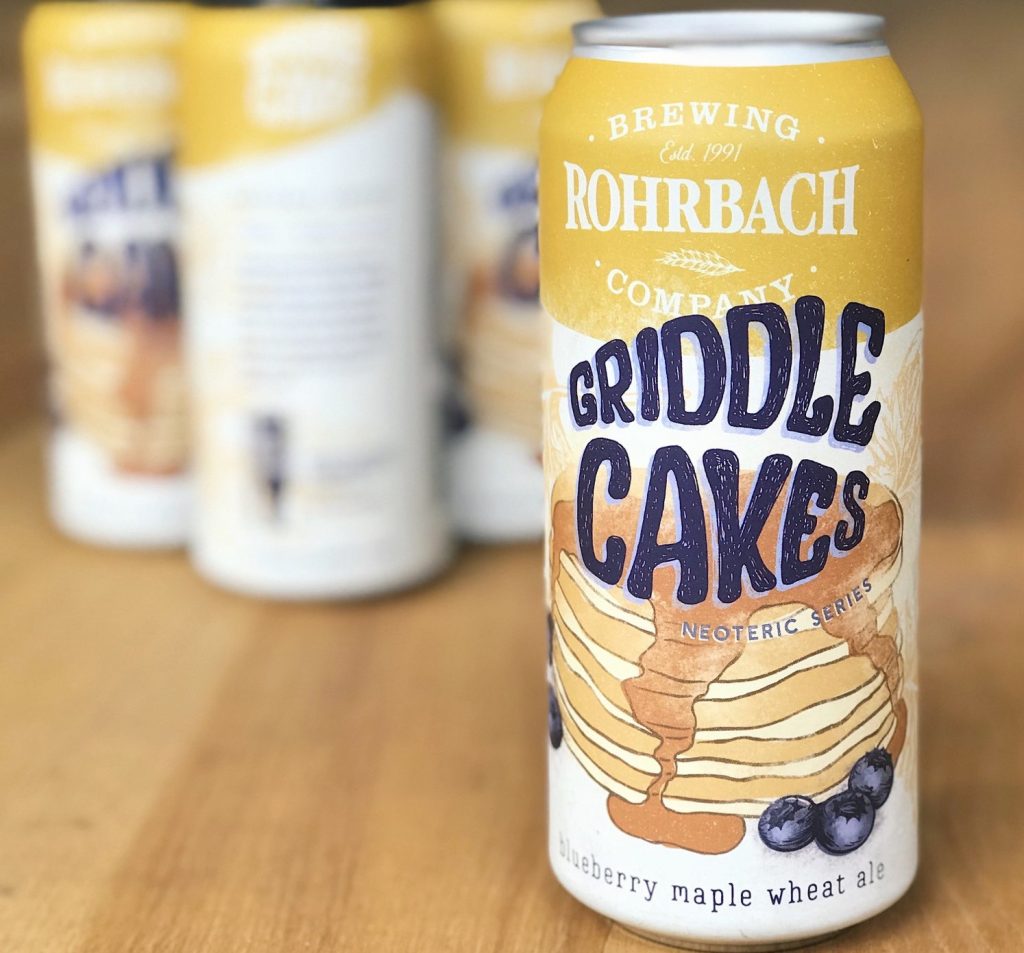 Griddle Cakes was initially inspired by the Maple Bacon Blueberry wood-fired pizza served at the Railroad St. Beer Hall during Saturday brunch (if you haven’t tried it, you’re missing out). Griddle Cakes is brewed with a hefty addition of wheat for a smooth body and a touch of Crystal malt for hints of caramel and a light amber appearance. Natural flavors of blueberry and maple round out this brew to perfectly pair with your morning pancakes. The aroma of this ale is just as satisfying as its taste.

Returning just in time for maple season, Griddle Cakes will release to stores the week of March 16. Find it where Rohrbach craft beer is sold throughout Upstate New York. Join Rohrbach Brewing Co. for its release party at either Rohrbach location (Railroad St. or Buffalo Rd.) on Wednesday, March 11 4pm-6pm. This release party will include complimentary samples, a chance to get some Griddle Cakes merch, fresh 4-packs for purchase, special food pairings, and more.

Check out what people have been saying: