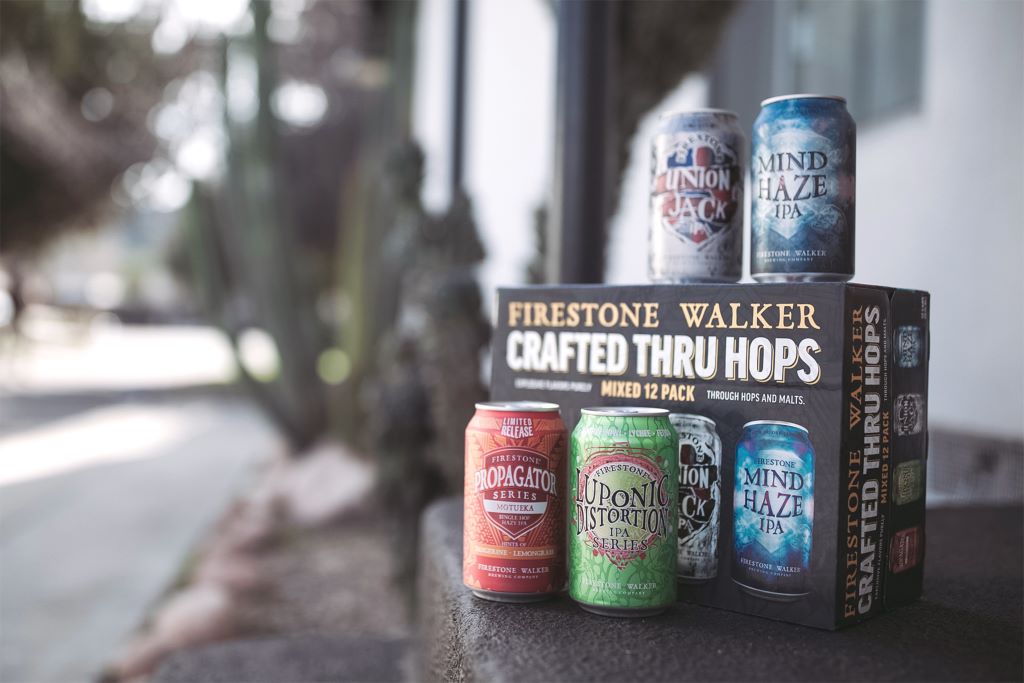 El Dorado (5.6% ABV) is a West Coast IPA with a next-generation hop variety from the Pacific Northwest that offers soft stone fruit flavors with notes of tropical melon and pear.

Motueka (5.6% ABV) is a hazy IPA with a New Zealand-grown hop that delivers punchy flavors of tropical fruit, white grape and lemon zest.

Mind Haze (6.2% ABV): This hazy IPA is juicy yet balanced and loaded with an imaginative array of tropical hop flavor.

Easy Jack (4.0%): This session IPA, available only in the bottle pack, is brewed and dry-hopped with a selection of new hop varieties from Europe, New Zealand and North America, delivering massive hop aromas and a natural malt balance.

Luponic Distortion (5.9%) From the mind of Brewmaster Matt Brynildson, this beer features an ever-evolving mix of experimental hops, designed to deliver new and innovative flavors with each new release.

“The hops from New Zealand have a unique tropical fruit character, which is showcased in our newest version of Luponic Distortion,” said Brynildson. “While visiting the country’s hop farms we had the opportunity to taste some amazing feijoa fruit, which comes through in their hops. Although New Zealand is a small growing region for hops relatively speaking, it has become an important one for craft IPA producers.”

The “Crafted Thru Hops” mixed pack and the newest iteration of Luponic Distortion are now available in all Firestone Walker markets.