Newport, Ore. (November 4, 2019) — This holiday season make ‘shroom for Santa’s Private Reserve, a Limited Release collaboration between Rogue Ales & Spirits and, the one and only, Santa Claus. This unique brew is made with candy cap mushrooms that were handpicked by Santa himself. Candy cap mushrooms – a highly-prized, edible, maple-flavored fungi – are one of the only sweet mushroom varieties and are commonly used in breads, cakes and custards. 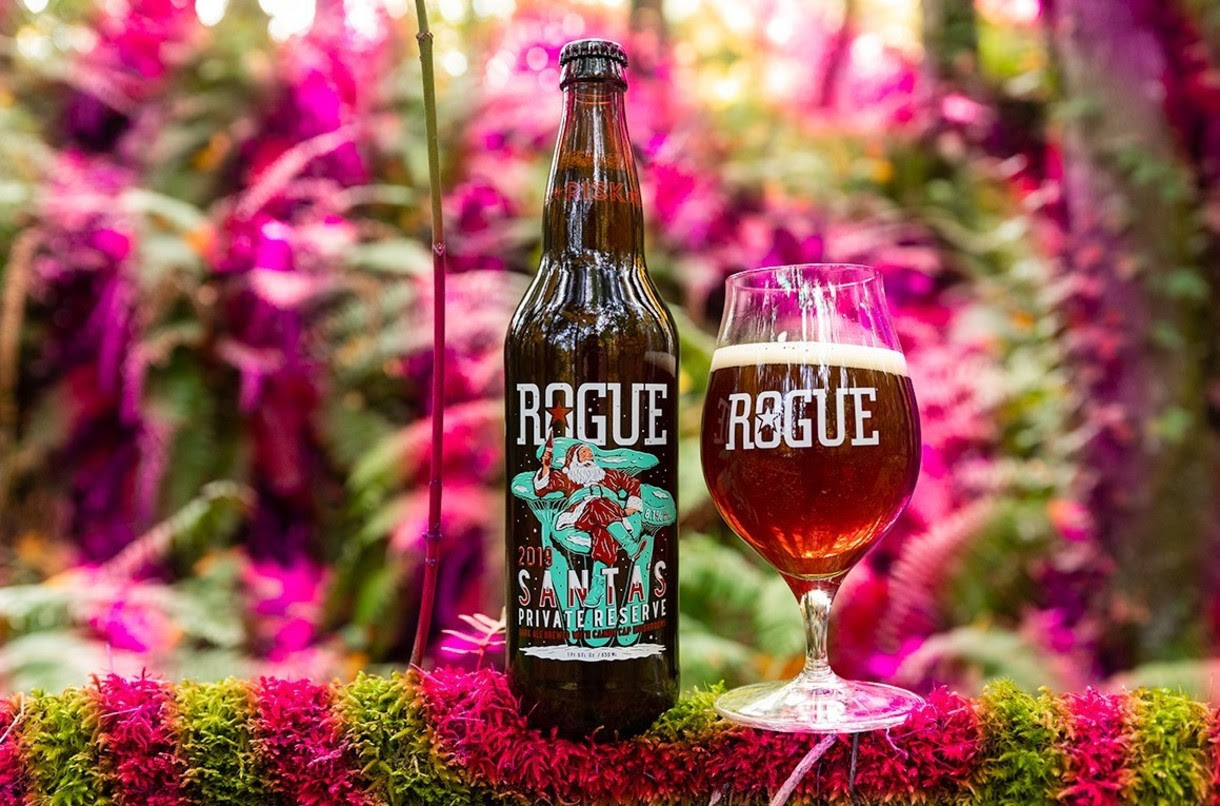 “Santa recently paid us a visit at our Newport, Oregon headquarters and brought along freshly foraged candy cap mushrooms,” said Rogue Innovation Brewer Michael King. “We, being curious, decided to try our hand at a mushroom beer. The result: a deliciously sweet, strong ale that is certain to bring the holiday cheer.”

The 2019 vintage of Santa’s Private Reserve boasts a deep maple flavor and aroma. The malts create background honey notes that elevate this sweet beer. It is then finished with a touch of citrus from Rogue Farms grown Cascade hops.

“People say that Santa Claus loves milk and cookies, but we heard from Santa himself that after tasting Santa’s Private Reserve, he is actually a bigger fan of beer and cookies,” adds King. “Santa told us that this festive beer hits the spot during his busiest time of year.”

Use the Rogue Finder to find Santa’s Private Reserve near you.

Rogue Ales & Spirits, the only farmer-brewer-distiller-cooper in the United States, was founded in Oregon in 1988 as one of America’s first microbreweries. Rogue has won more than 2,000 awards for taste, quality and packaging, and is available in all 50 states as well as 54 countries. Proudly rooted in Oregon soil, Rogue’s beers, spirits and sodas are made with ingredients grown on Rogue Farms in Independence, Oregon. Rogue Spirits are hand-distilled on a 550-gallon still in Newport, Oregon, aged in the thick ocean air of the Yaquina Bay and bottled by hand. Since 2008, Rogue has shared the terroir of Oregon by growing its own hops, barley, rye, wheat, honey, cucumbers and pumpkins and using them in beers.