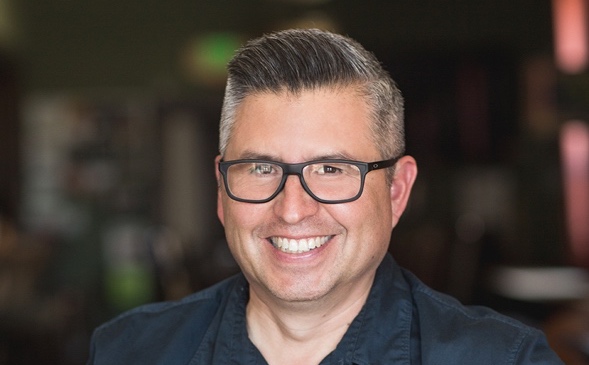 “We are thrilled to have Steve on the Figueroa team—his knowledge and experience in the craft and specialty beverage industry makes him the perfect choice in leading the company on its aggressive growth plan,” said Founder Jaime Dietenhofer. “We built the business through tireless customer and community outreach and I am excited to get back to my roots of engaging with our distributor partners, retailers and loyal customer base.”

Almaraz is a 30-year beer industry veteran with a proven history in sales and marketing. His most recent position was managing the craft category for Reyes Beer Division, focusing on growing and developing the craft and specialty brand portfolio. Prior to his tenure at Reyes, he spent 15 years with Firestone Walker as a member of the executive team, instrumental in growing the business from its early beginnings to over 230,000 bbl a year.

“I’m excited to come back home to the central coast to work with Jaime and the Fig Family,” said Almaraz “I have always admired Jaime’s vision and success of creating a unique culture and community. I look forward to partnering and creating some exciting new things at Figueroa Mountain.”

Entering into its tenth year, Jaime and Steve will lead the company in the spirt of beloved Co-founder and partner James Dietenhofer, who passed away this past July. “My dad and I grew this business through a shared vision of respect and admiration for our customers, employees, and community,” said Dietenhofer. “I’m honored to be able to support his legacy as Figueroa Mountain embarks on this next stage with the collective stewardship of Steve, myself, and the company’s board and executive team.”

Figueroa Mountain Brewing Co. is an independent craft brewery founded in 2010 by father and son team Jaime and the late Jim Dietenhofer. With a passion for craft beer, they set out to pay homage to the beautiful Santa Ynez Valley with handcrafted beer and label art depicting their beloved local landscape. Figueroa Mountain’s beer can be enjoyed at their six taproom locations and at select craft beer retailers in California. Learn more at www.figmtnbrew.com.