(Denver, CO) – As Halloween creeps up, River North Brewery fills its cauldrons with a sinister beer to haunt your dreams. 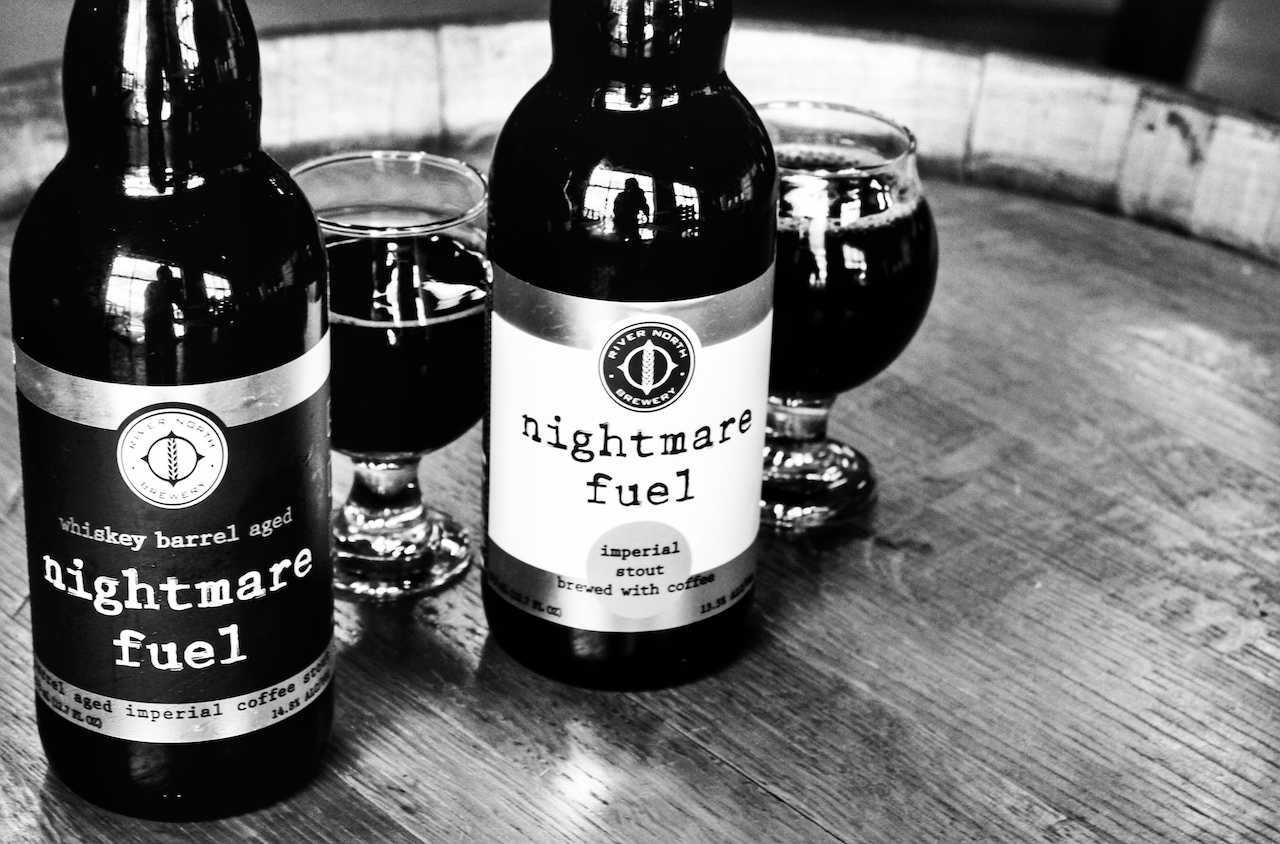 Both bottles and drafts will be available at the Halloween Party, starting at Noon in the brewery’s Denver taproom. Classic Nightmare Fuel will be offered at $10 per bottle with a one-case limit. For the barrel-aged version, snag bottles at $12 each with a six-bottle limit.

For added treats, the Head Roaster from Logan House will be in the taproom when doors open with complimentary samplings of cold-brew coffee. The brewery will also tap two additional variations of Nightmare Fuel utilizing other hand-selected Logan House roasts. This way, patrons can order a flight of all four versions for a terrifyingly delicious tour of coffees from across the globe. Costumes are encouraged; the best will win a full lineup of the celebrated Decennial Series beers, with one bottle each of God Complex, Shadowman and Father Time.

River North would also like to utilize the occasion to benefit longtime charity partner Be the Change Volunteers. Grant Venable, director of BTCV and friend of the brewery, just returned from an aid mission to Puerto Rico, where thousands are still without power and clean water. BTCV will be accepting donations to aid schools, teachers, and families with students in school, with the brewery fully matching all money raised. Tax-deductible gifts will be accepted via cash, check or online at www.BTCV.us. In addition, ten percent of draft sales from the Nightmare Fuel Halloween Party will be donated.