Mikkeller Teams up with Mastodon for Sultan’s Curse 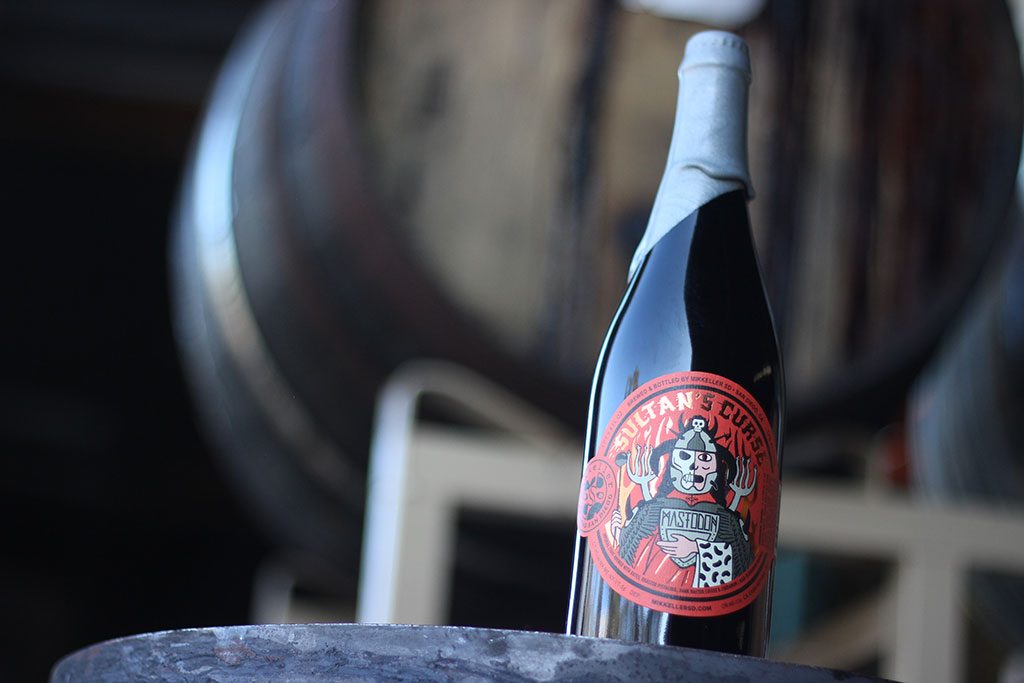 The Danish microbrewery and the American metal band are ready to put a curse on beer drinkers around the world with the limited release of the monster imperial stout ‘Sultan’s Curse’ this Thursday afternoon at Mikkeller Brewing San Diego. The event takes place before Mastodon’s concert at House of Blues Thursday night. Mikkeller San Diego will also be hosting a party at El Dorado Cocktail Lounge following the show.

The Mikkeller/Mastodon beer ‘Sultan’s Curse’ is named after a song on the band’s latest album ’Emperor of Sand’ which was released earlier this year.

“We love collaborating with Mikkeller because we feel like we’re cut from the same cloth. Mikkeller is always being incredibly creative and pushing the boundaries in the beer world and that’s what we try to do with our music, says Mastodon drummer, Brann Dailor. ”

A monster stout
The title ‘Sultan’s Curse’ inspired the band and the brewers at Mikkeller Brewing San Diego to use Middle Eastern spices and ingredients like dates, toasted pistachios and cardamom in the brew. The San Diego team describes the beer in this manner:

“A monster Imperial Stout with intense layers of dates and coffee, which sit gracefully above a complementing cardamom brightness. Toasted pistachios bring depth and texture alongside an integrated spiced and vanilla bouquet from the bourbon-barrel aging. Full-bodied and complex.”

Adding to the complexity of the stout is coffee from Dark Matter Coffee. The Chicago based coffee roasters joined the Sultan’s Curse team to add the finest coffee to the brew.

“We were stoked to do an ode to the old world of coffee for our friends at Mikkeller and Mastodon. We sourced a Yemeni coffee with loads of fresh tobacco, vanilla, and bakers chocolate to pile on to the decadence of the stout,” explains Jesse Diaz, Dark Matter Coffee.

Mastodon’s Brann Dailor sums it all up:

“We are beer lovers and enthusiasts so it makes us really happy to have our name on such a delicious brew and what goes together better than heavy metal and beer?”