(Stratford, CT) – Two Roads Brewing Company announces their first-ever collaboration with Stillwater Artisanal: Ground Loop Sour Saison. This limited release beer, which is extensively dry hopped, will be available in 4-pack 16 oz. cans and draft in both Two Roads’ and Stillwater’s markets. The beer will ship in mid October. 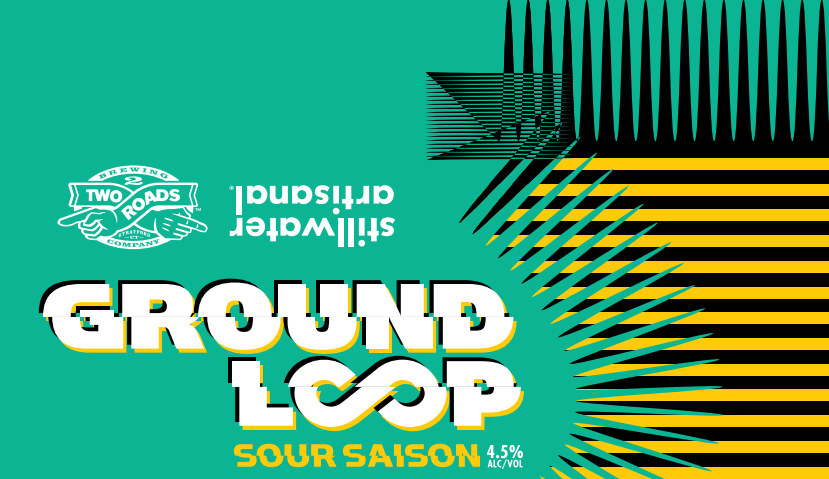 Stillwater founder Brian Strumke and Two Roads Master Brewer Phil Markowski both have a fondness for saisons. Markowski’s book “Farmhouse Ales” has been the definitive book on the style since its release in 2004 and Strumke’s own saisons are world-renowned. So when the two friends decided to collaborate on a new beer, the style choice was obvious.

“Brian Strumke and I have been talking about doing a collab together for years now and we finally pulled the trigger,” said Two Roads Master Brewer Phil Markowski. “We both have a soft spot for saisons so it was a no brainer to choose that style. Of course we had to veer off in an unconventional direction and that’s where the kettle souring comes in as well as the assertive dry hopping rate.”

The name “ground loop” has relevance to both brewers: Strumke was once a well-known DJ while Markowski has a degree in electrical engineering. Markowski also has a hobby of collecting and rebuilding a number of 1930’s and 40’s radios.

Ground Loop Sour Saison pours a beautiful, hazy straw color and is accentuated with tart, herbal notes of white wine, gooseberry and light phenols from the saison yeast. The ABV is 4.5%.

Strumke described the beer as, “where the past meets the future,” adding, “Ground Loop is a design of classic ideas constructed with modern technique. Taste yesterday & tomorrow, today!”

Brewed entirely with German malts and hops, Miles 2 Go is left unfiltered to retain the proteins and yeast in the final product for added flavor. The beer is also brewed using a decoction mash–a complicated, time-consuming brewing method that is rarely practiced outside German and Czech breweries. Decoction adds a complex, multi-layered malt profile to the beer.

The end result is an ultimately smooth lager with a beautiful hazy appearance and a deep golden color. It has a malt complexity balanced by a refined herbal character from the noble hops used.

“We at Two Roads believe that demand for well-made lagers is growing as craft beer drinkers begin to branch out and explore different and more classic beer styles. We want to be there at the forefront of this movement with an offering like this one,” said Two Roads Master Brewer Phil Markowski.

The beer will be sold in 6-pack 12 oz. cans, 6-pack 12 oz. bottles and draft starting in mid to late October wherever Two Roads beers are sold. It will also be featured in the Beer Bus can variety 12-pack. 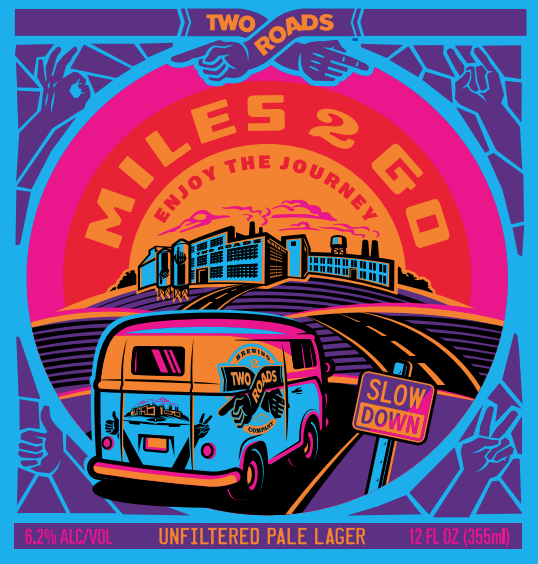 About Two Roads Brewing Company
Two Roads Brewing Company opened its doors in December 2012 having earlier acquired and renovated a 100-year-old vacant, brick factory building in Stratford, CT. Its name and philosophy are inspired by the Robert Frost Poem “The Road Not Taken”—a philosophy brought to life in the beers they create using the highest quality brewing and packaging equipment.