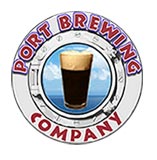 Director of Brewing Operations at Port Brewing/Lost Abbey, Tomme Arthur shares with us info on the return of a very old favorite, Makanudo Porter. Here’s the back story as well as info on when it will be available. Cheers!

“At the end of April, we will be bring Troy Hojel (Head Brewer from Cervecerias La Cruda and the guy who gave me my first brewing job) to Port Brewing.  He’ll join Skip Virgilio and myself on the brew platform.  We’ll be recreating the Makanudo Porter recipe (which earned a Gold Medal for Robust Porters at the 1996 GABF).  This year marks the 15th Anniversary of this beer ,which hasn’t been brewed commercially since.

We’re doing a batch of the beer as one of the commemorative beers for the 2011 American Homebrewer’s Association Conference.  There will be some draft available around San Diego in June during the week of the event.”

New Belgium’s New Summer Seasonal – Somersault Avery Brewing Pulling Out Of 8 States. Is Yours One?