Avery Brewing Pulling Out Of 8 States. Is Yours One? 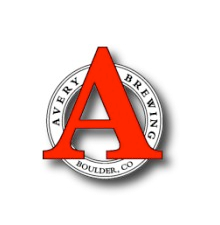 Boulder, CO – Avery Brewing Company plans to withdraw from eight states and seven other partial-state markets beginning in April. Faced with skyrocketing demand–first quarter 2011 production growth for their home state of Colorado is 81% and overall production growth is 75%–the brewery has been forced to make the tough decision or lose the ability to support all markets with a steady supply of fresh beer.

Avery Brewing Company would like to extend a sincere and heartfelt thank you to those who have supported us–and our beers–in these markets over the past years. To our distributors and their hard working sales staff, to our retailers in on-premise and off-premise channels who have promoted our products with zeal and passion, and to our loyal customers and fans who have challenged their palates and enjoyed our beers over the years: thank you, thank you, thank you!! Our apologies for any frustrations this change brings your way. According to Avery Brewing President/Founder Adam Avery, “We all feel terrible about having to pull out of these markets. No matter how you cut it, it is disappointing that we’ll no longer be able to serve our loyal fans in these areas. ” Ted Whitney, National Sales Director at Avery Brewing Company, added “This is certainly unfortunate, but it was done with the best intentions. It’s about getting fresher beer and better experiences for our customers.”

Avery Brewing Company is one of several craft breweries to announce such cuts in 2011, but these disappointing changes are actually the sign of a very positive trend in the industry. Exponential sales growth for craft brewers can only mean one thing: the craft beer movement is on fire, attracting more followers and gaining mindshare with people of all demographics across the country. More fans means more market potential for all of the craft industry, and that’s a very good thing that will bring more great beer into the lives of Americans everywhere. Here’s to American craft beer in 2011 and beyond!!

Established in 1993, Avery Brewing Company has developed a reputation as being one of the most daring and visionary breweries in the nation. They are the brewers of Avery IPA, The Maharaja Imperial IPA, White Rascal Belgian Wheat Ale, Mephistopheles’ Stout and eighteen other year-round and seasonal beers. Please go to www.averybrewing.comfor more information on Avery beers.