(New Orleans, LA) –  New Orleans Lager and Ale Brewing Company (NOLA Brewing) announced the appointment of Dylan Lintern to the role of President and Chief Operating Officer of the brewery. Lintern had previously held the Chief Operating Officer position, but now adds the expanded role and title of President to his area of responsibility. Kirk Coco, the current CEO & President will be stepping down as CEO and passing on the role of President to Lintern. Coco will remain an equity owner serving on the Board of Directors and will continue to provide strategic consulting and represent the brewery publicly. 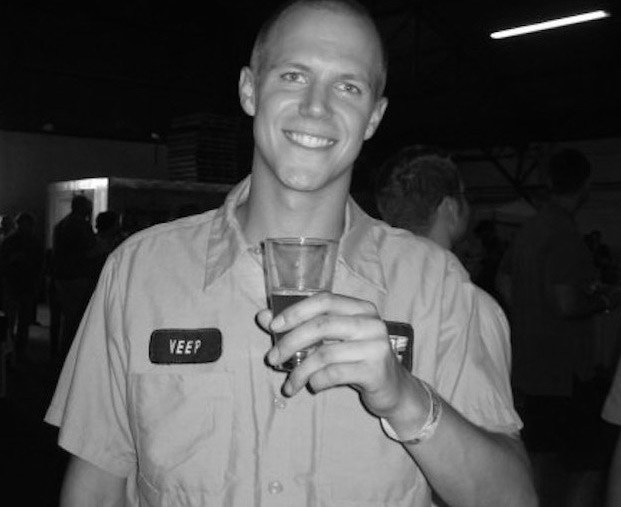 The change in day-to-day leadership is coupled with a change in the ownership structure of the brewery.Doug and Jennifer Walner, early investors and the second largest shareholders behind Coco, will be providing additional growth capital to the brewery and will assume a majority interest in NOLA Brewing Company LLC. Doug Walner will assume the title of Executive Chairman of the Board.
“We are pleased to announce Dylan’s appointment to President of the brewery. Dylan has been with the brewery for 10 years and has been a significant reason for its success to date. This ensures the brewery will continue to build on top of the foundation that Kirk has so successfully developed for NOLA Brewing,” said Doug Walner.

In his role as President of the brewery, Lintern will run and oversee the entire day-to-day operations of the business including wholesale brewing operations and the NOLA Brewing Taproom.
“I couldn’t be placing the brewery in better hands. Dylan has not only been a close friend and colleague, but he has been a fantastic steward of the operations at the brewery for a very long time. This will provide a continuity of operations and ensure that NOLA Brewing stays at the forefront of the craft brewing market here in New Orleans,” said Kirk Coco.

NOLA Brewing was the first production brewery to open post-Katrina and has made its mark in the national craft-brewing marketplace. NOLA has consistently produced high quality beers since its inception, as evidenced by the many local and national accolades and awards it has received, including being named “Best Local Brewery 2017” in Gambit’s “Best Of New Orleans” poll, winning silver in the2016 World Beer Cup for “Brett Beer” category, and “Top Brewer in Louisiana” and “Best Brewer Tap Room” in the 2015 Rate Beer Awards.

NOLA Brewing also continues to be recognized by major craft industry peers like New Belgium Brewing,Oskar Blues Brewery, Stone Brewing, and BlackBerry Farm Brewery who have all sought NOLA Brewing out to develop collaboration beers together. NOLA is excited to continue growing collaborative efforts with more breweries in the craft beer industry.

###
Founded in 2008 by Kirk Coco, NOLA Brewing is the leading craft brewer in the City of New Orleans. It proudly boasts the city’s name prominently in its own title and like the city its located in, is beloved by locals and tourists alike. NOLA crafts beer for introductory craft beer drinkers AND the experienced craft beer lover. The company’s passion for quality and crafting beers that they themselves want to drink translates into great-tasting beers, made from choice malts and hops brewed with over 30 years of experience. However, the company goes beyond just developing great beers. Heavily entrenched as a thread in the fabric of New Orleans, NOLA Brewing Company brews a cultural experience within each glass. NOLA Brewing is located at 3001 Tchoupitoulas Street in New Orleans, LA and can be found at nolabrewing.com, and on Facebook.com/Nolabrewing and is @NOLABrewing on Instagram and Twitter.