(TAMPA, FL) – Florida’s Cigar City Brewing continues its robust growth with the addition of Minnesota to the Tampa-based brewery’s distribution network. CCB has partnered with J.J. Taylor Distributing Company of MN, Inc. to distribute its portfolio of unique ales and lagers, including the award-winning Jai Alai IPA, throughout the state. Kegs and twelve ounce cans of Jai Alai IPA, Maduro Brown Ale, Invasion Tropical Pale Ale and their newest year-round offering, Guayabera Citra Pale Ale, will be available throughout Minnesota beginning in May of 2018. 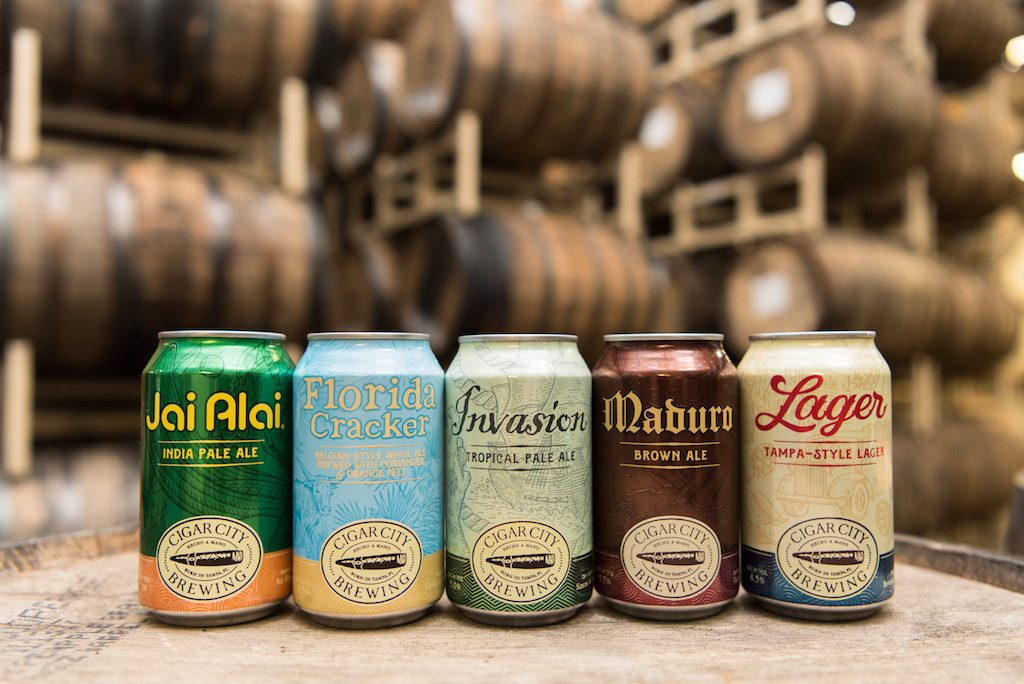 Looking to build on the strong Minnesota presence of J.J. Taylor Distributing Company, Cigar City Brewing enters the Minnesota market poised for strong and sustained growth following their launch. One of the fastest growing brands in the country, CCB boasts the best selling craft six-pack can through national IRI reporting in Jai Alai IPA with other year-round and seasonal offerings complementing. National and international awards and accolades have garnered attention for the brewery since their inception in 2009.

“J.J. Taylor Distributing Company of MN, Inc. is looking forward to partnering with Cigar City Brewing Company to give Minnesotans a taste of Florida all year round,” said Chad Neumann, Brand Manager of J.J. Taylor Distributing Company of MN, Inc. “Behind all of Cigar City Brewing’s beers is a philosophy of supplying first rate ingredients to first rate people and giving them the freedom to pursue their passion for great beer. At J.J. Taylor we strive to be the first choice distributor for our employees, retail partners, and our supplier partners, and we are looking forward to growing our two companies together in the state of Minnesota through great beer and excellent service.”

“The Cigar City Brewing team is beyond excited to bring our tropically-inspired ales and lagers to beer lovers in the Land of 1,000 Lakes” says CCB’s El Lector Neil Callaghan. “J.J. Taylor has been delivering world-class beer to Minnesotans for decades and their expertise and resources will allow Cigar City Brewing to thrive in our northernmost market.”

Cigar City Brewing representatives will be travelling from Tampa to celebrate the arrival of the brand with market launch events taking place throughout Minnesota in May. These events will feature special Cigar City Brewing beers and will be incredible opportunities for Minnesota’s craft beer fans to learn about Cigar City Brewing’s history and award winning beer from the people who know it best.

About Cigar City Brewing:
Cigar City Brewing, makers of Jai Alai IPA and Hunahpu’s Imperial Stout, was founded in 2009 by Joey Redner with the goal of creating world-class beer that reflected the flavors and history of the Tampa region. This unique approach resonated with local and national markets and the brewery has quickly grown to produce over 90,000 barrels of beer annually. Along with Oskar Blues Brewery, Perrin Brewing, Squatters Craft Beers and Wasatch Brewery, Cigar City Brewing is a part of CANarchy, a craft brewing collective that represents the largest canned craft beer supplier in the country.