(ATLANTA, GA & VIRGINIA BEACH, VA) – For New Realm’s third release in the “Monsters and Myths” DIPA series, they brought back the award-winning King of Double IPA’s. Tyrannosaurus Flex is a monster DIPA with a cretaceous amount of juicy, fruity notes such as mango, pineapple, peach, apricot and citrus. Balanced with an herbal, piney and lightly-dank full body, this hazy beast is the ruler of the realm! 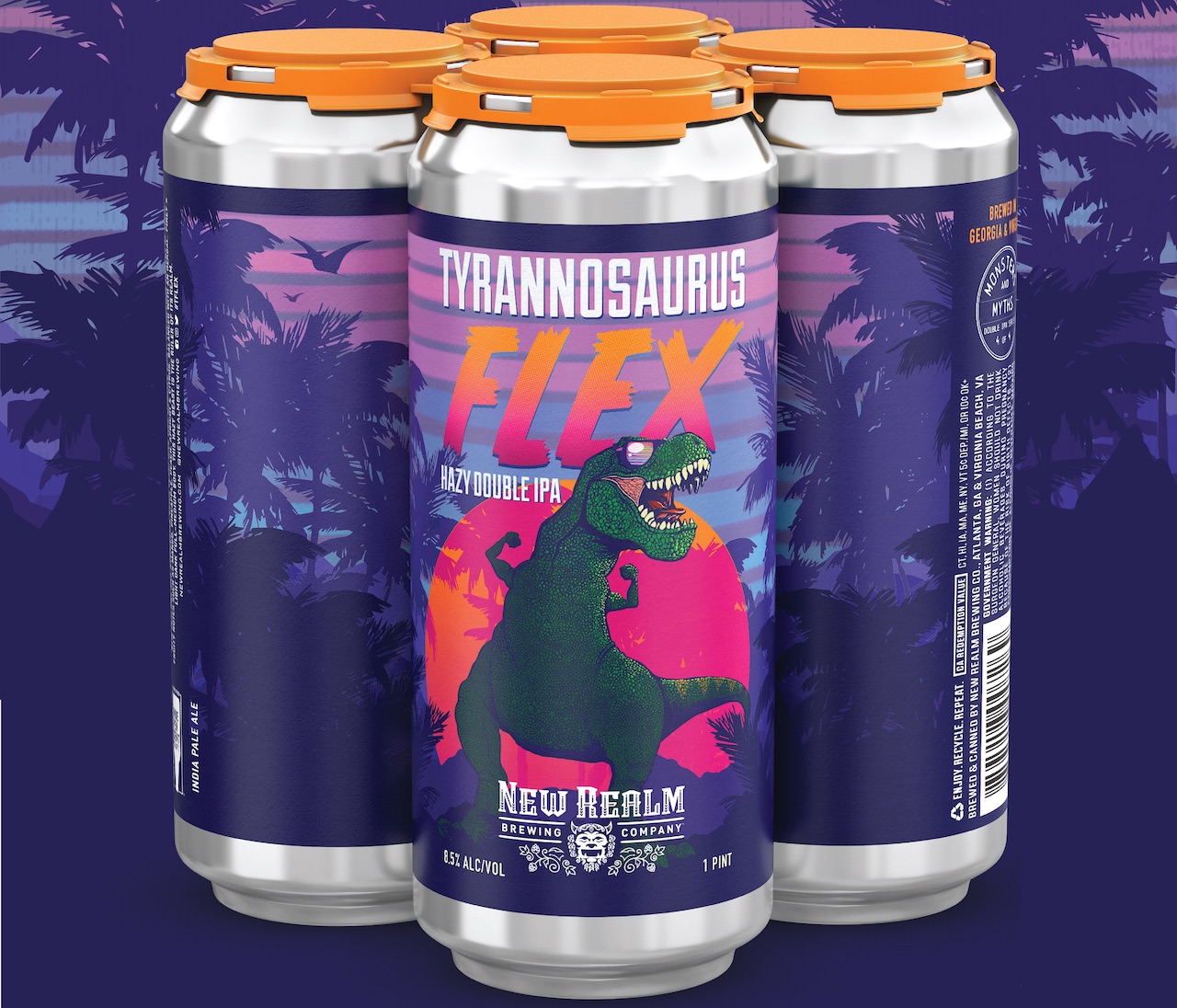 “Southern Hemisphere hops are some of our favorites, many varieties produce unique tropical and citrus fruit flavors. In this year’s version of Tyrannosaurus Flex, we went with 100% Australian hops, including our favorites Vic Secret, Galaxy, Ella and Wakatu” said Mitch Steele, Co-Founder and Brewmaster of New Realm Brewing.

“In addition to being a monster DIPA loaded with juicy and fruity notes, Tyrannosaurus Flex’s label just won the Craft Beer Marketing Awards “Crushie” for the People’s Choice category – Best 16oz Can Design. Our fans have told us they not only love this brand for the beer inside the can, but also the playfulness and great artwork on the label” said Bob Powers, CSMO and Co-Founder of New Realm Brewing.

This Hazy DIPA is now available for a limited time on draft and in 16oz 4 pack cans in New Realm’s Atlanta and Virginia Beach brewery to-go coolers, as well as your favorite retailers around Georgia and the majority of Virginia.