(LAS VEGAS, NV) – CraftHaus Brewery, known for their innovative spirit, is set to launch Nevada’s first low calorie, electrolyte IPA on July 31st at both of their taprooms and across the valley of Southern Nevada. 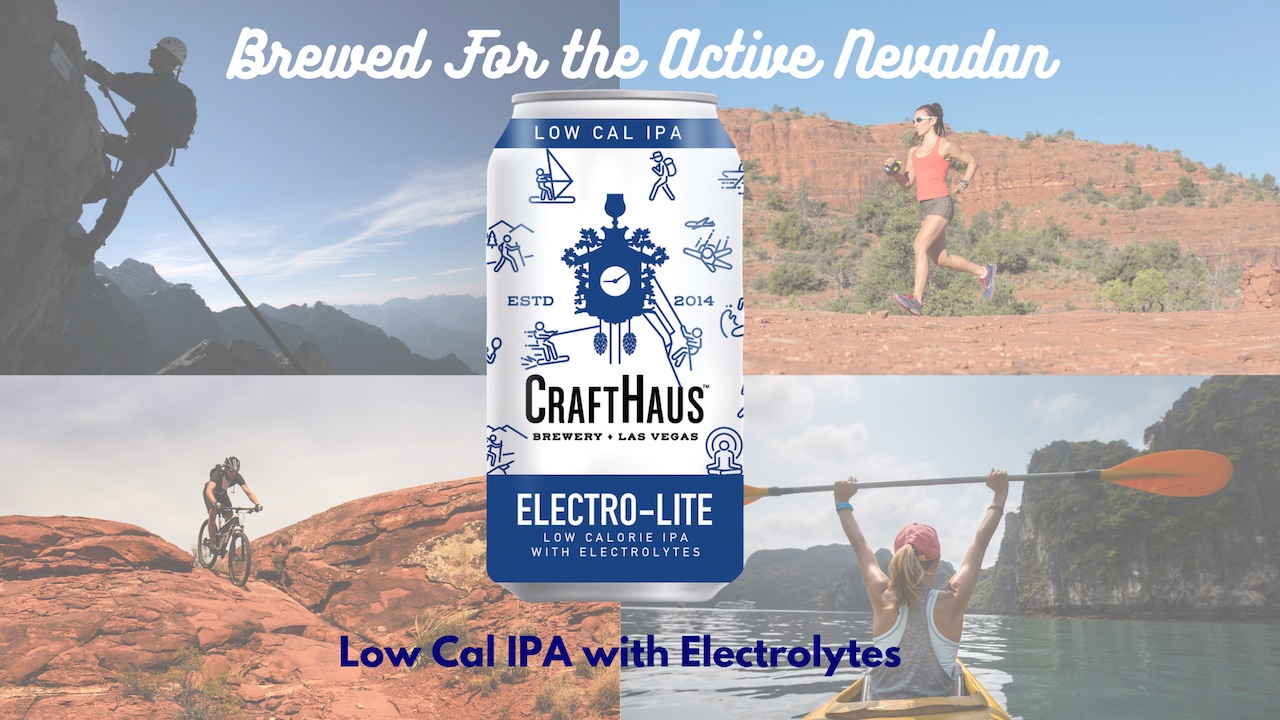 Brewed for the active Nevadan enjoying the State’s beautiful outdoors. Intentionally low in calories, under 120 and big hop flavors are intensified with the addition of lime peel. Electrolytes of Sodium, Potassium, Chloride and Bicarbonate ensure you can keep on keeping on. “With Nevada having so many options for outdoor activities, this beer style was a natural fit for our community,”  Wyndee Forrest, Co-Owner and Founder, CraftHaus Brewery. Designing the beer style was a balancing act between keeping the calorie count low without sacrificing the distinct India Pale Ale flavor.

Reflecting a shift in more health conscience beverage choices, this is the brewery’s first beer in a low-calorie category. Staying true to their craft beer roots, the beer clocks in at 4% alcohol by volume and 45 International Bittering Units from Cascade and Mosaic hops. The beer kicks off events with local trail running clubs, cycling groups and climbing gyms.

Electro-Lite, IPA is a seasonal brew for the brewery and is expected to be available for approximately three months. The beer will be on tap at both Henderson and Las Vegas taprooms. It is also available in twelve ounce, six-packs to take on outdoor adventures. Six packs can be found across the Vegas Valley.