(Virginia Beach, VA)  – New Realm Brewing Company is excited to announce its intention to expand distribution into Northern Virginia and the Western part of the state. The launches will begin with a roll out of their core brands of Hazy Like a Fox Hazy IPA, Hoptropolis IPA, United Craft Lager, Hoplandia IPA and Virginia Craft Beer Cup winner Euphonia Pilsner, along with a rotating sour series, limited releases and barrel aged beers. 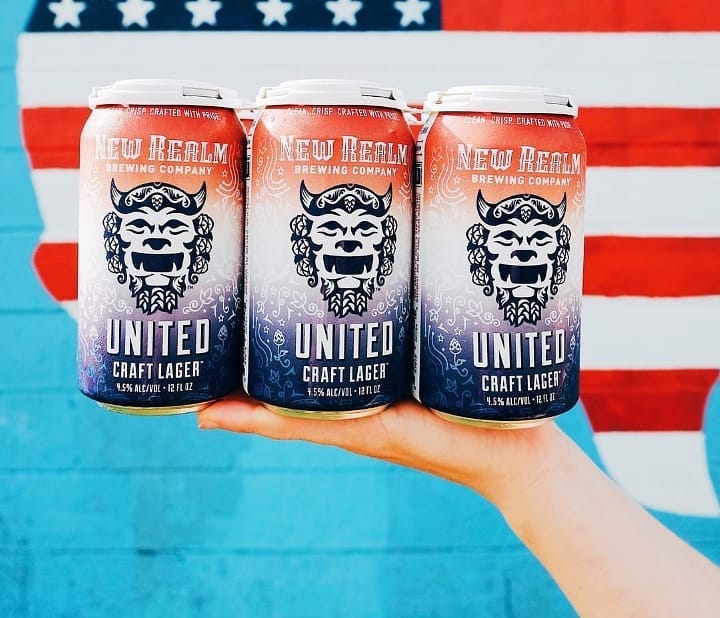 “We’ve had an excellent response to our brands throughout our existing geographical footprint since opening our production facility and taproom in Virginia Beach last August. The local community has embraced us with open arms, and it shows with the response we have received from distributors, retailers, and craft beer fans alike.” said Bob Powers, co-founder and CCO of New Realm.

New Realm Brewing has had a significant number of requests to expand into other parts of Virginia and is currently looking into new distribution opportunities. The brewery is quickly approaching its one-year anniversary in Virginia and looks forward to sharing its award-winning brews with craft beer fans throughout the state.

“We’re extremely proud to be a part of the Virginia craft beer community. Just last month, we were honored to take home a silver medal for United Lager, and a gold and overall Virginia Craft Beer Cup for our Euphonia Pilsner. It’s a great feeling knowing that people love our beer here in Virginia.  We are in discussions with several distributors throughout Virginia and we’re excited to see what the future holds.” said Carey Falcone, co-founder and CEO of New Realm.