Milton, DE – Urkontinent is a social collaboration of worldwide proportions.

The seed was planted when Dogfish Head Craft Brewery asked beer-loving tech types around the world to suggest ingredients for a new off-centered ale.

More than 100 ideas poured in, and a small team from the brewery (and a few of our beer-loving tech friends) narrowed the list to five: wattleseed from Australia, toasted amaranth from South America, rooibos tea from Africa, myrica gale from Europe and honey from the United States.

The name Urkontinent, a German word for the theory that all of the continents were once connected, is a shoutout to the worldly ingredients and ideas that make up this beer. 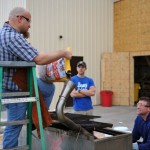 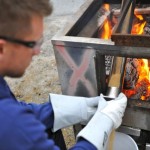 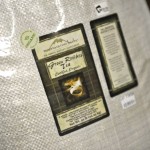 “Urkontinent is a valentine to boot-strapping creative entrepreneurs in all kinds of industries all over the world,” says Dogfish Head Founder and President Sam Calagione.

The careful combination of ingredients gives this 8.1% ABV Belgian dubbel notes of coffee and chocolate-covered cherries.

“It’s a complex beer that starts with a ton of mouthfeel, some molasses and roasty notes,” says Sam, “then ends clean and dry.” 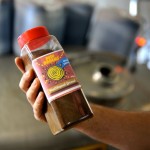 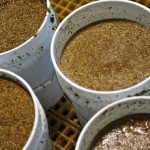 Urkontinent is a Belgian-style dubbel that begins with Pilsner, Munich and Chocolate malts and Belgian Dark Candi syrup.

Then we add unique ingredients from around the world:

The careful combination of all these ingredients creates a complex, dark Belgian-style ale with wonderful coffee and chocolate-covered cherry flavors. The roastiness of the malt and wattleseed melds with the fruity esters from the yeast, the floral notes from the rooibos, and the malty yet dry signature of a Belgian dubbel. Urkontinent is perfect to enjoy with friends as the weather begins to cool.