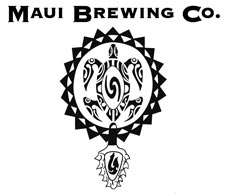 Lahaina, Maui, HI Maui Brewing Co. (MBC) is proud to announce they were honored with ten medals last month. The awards were for beers entered at the San Diego International Beer Festival, the Los Angeles International Commercial Beer Competition and the US Open Beer Championship.

Another new expansion is currently underway at Maui Brewing Co. At the production brewery, two new tanks were installed. The tanks, along with expanded cold storage, will increase production capacity. Simultaneously, a brand new location is also in the plans. “While we can’t release any details just yet,” says Garrett Marrero, “I can tell you that we will be building a new production facility and brewpub on Maui. We are committed to investing in our community, creating jobs, and developing a robust sustainable manufacturing industry for our State.” The new facility will have an initial capacity of approximately 50,000 barrels.

Maui Brewing Co. is a truly Hawaiian brewery, and proud to be wholly produced in Hawaii. Recognized as Hawaii’s #1 craft beer since 2005, the company has a strong commitment to the local economy and the environment. MBC beers are packaged with the most eco-friendly materials. Cans are manufactured on Oahu and designed by local Maui artists. They have the added bonus of better protecting the beer from both light and oxygen damage which can compromise the taste. Plastic rings are dangerous to marine life and therefore, a unique, recyclable plastic carrying device is used to hold the cans. The spent grain from beer production is donated to local ranchers for cattle feed and composting. MBC is also very active in several local Hawaiian charities.