Monday Night Brewing Asks That You Don’t Call It Hotlanta 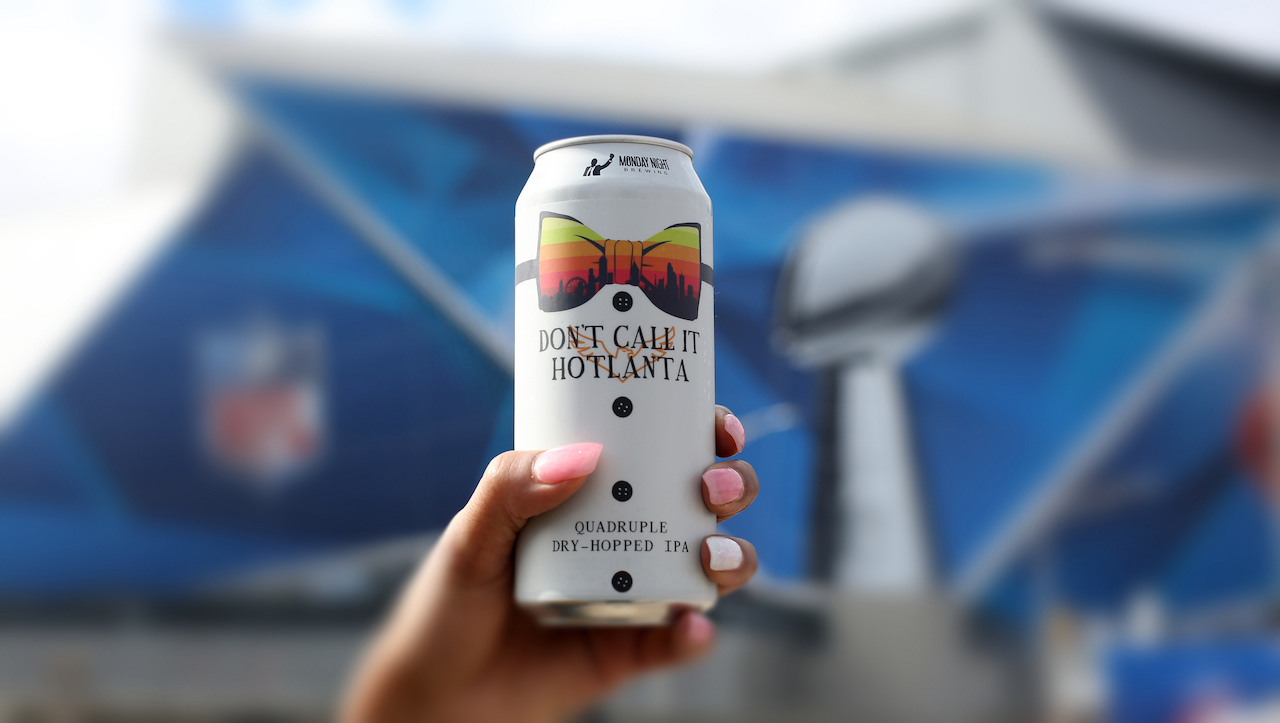 “It’s become kind of a joke for people who live in Atlanta,” co-founder Joel Iverson said. “Everyone here has a friend or relative who calls our city ‘Hotlanta.’ It’s one of those cringeworthy nicknames that nobody ever uses except out-of-towners. So we brewed this beer as a not-so-subtle way for locals to get the point across.”

Don’t Call It Hotlanta is an unfiltered double IPA that pops with tropical notes on the nose, drinks dank, and finishes with a bit of bitterness. Checking in at 8.5% ABV, it’s dry hopped four times with Columbus, Citra and Galaxy hops. This beer pairs well with grilled meats, chicken wings, an afternoon in Piedmont Park, and your couch after a 90-minute long commute.

Based in Atlanta, Georgia, Monday Night Brewing grew out of a Bible study. Founded by Jonathan Baker, Joel Iverson and Jeff Heck, Monday Night Brewing exists to deepen human relationships over some of the best beer of country. Brewmaster Peter Kiley oversees barrel-aging and souring at their brand new facility, the Garage, in Atlanta’s Lee + White project on the southwest side of Atlanta.

Chickity-Check Yo Self: Beer for Breast Cancer Bruery Terreux Unveils Cans of Wit The Funk