(Orange County, CA) – For the first time ever, Bruery Terreux is bringing the funk… into cans. Wit The Funk is a refreshingly tart, foeder-aged Wit beer dropping in 16 oz. cans in early February. 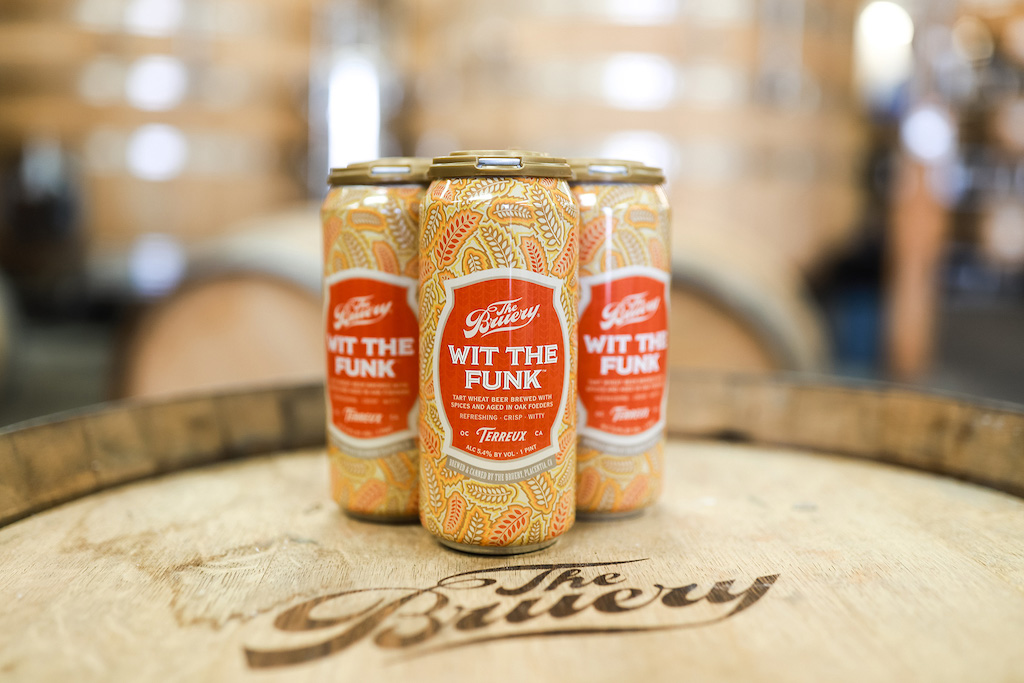 Crafted with tradition in mind, the process begins with a classic Wit beer, brewed with coriander, orange peel, and traditional Belgian Wit yeast. Next the beer moves on to Bruery Terreux where the real magic happens. Wit The Funk ages in American and French oak foeders, with Terreux house culture, Brettanomyces, and other yeasts, until final maturation. The result is a winning combination that’s fresh with subtle complexity – balancing the classic, spiced and fruity characteristics of a Belgian-style wit with the soft – and wild – touch from its time in the oak.

The Bruery’s Senior Production Manager Jeremy Grinkey states, “We are really excited to have our first foeder aged beer in cans. This beer has a very complex yeast character for the more experienced beer connoisseur and an approachable level of tartness for those who are new to sour beer. At Terreux, we strive hard to produce palate provoking sour ales without the use of kettle souring. It’s our passion for old world traditions and the complexity of old world sour and wild ales that inspire us to work with wild yeast and bacteria to create a live product that truly is an expression of The Bruery’s commitment to quality craftsmanship.”

Terreux Production Manager Keith Pumilia adds, “Wit The Funk is made with such a unique fermentation profile, taking our favorite of old world yeast strains combined with our house culture produces such a depth of flavor and really invoking my own personal memories of my favorite wits and saisons.”

About The Bruery & Bruery Terrex

The Bruery is a boutique craft brewery located in Orange County, CA that specializes in experimental and barrel-aged beers.  Founded in 2008 by Patrick Rue, The Bruery produces over 50 different beers annually, with 15 seeing national distribution throughout their 24 state network of distributors. In 2015 The Bruery moved its sour beer production to a second facility: Bruery Terreux. The Bruery also runs several exclusive beer clubs including The Preservation SocietySM, The Reserve SocietySM, and The Hoarders SocietySM. In 2017, Offshoot Beer Co was born, offering fresh, hoppy beers.