(San Diego,CA) – Your voices have been heard, the logistics have been parsed, and we are proud to announce the birth of a brave new Modern Times tradition: the 16oz canned special release. We simply could not be more pumped for the prospect of unleashing some canned whales, and our inaugural release is a doozy.

Attack Frequency is a mouthwatering tropical juice-bomb of an IPA brewed with Citra, Amarillo, El Dorado and Rakau hops and taken to nigh-on-irresponsible levels of juiciness with the addition of guava and apricot. Seriously, we could spend paragraphs describing it, but how good did that just sound?

This 7% ABV stunner will be headlining our next BPT sale, along with a supporting bill full of barrel-aged awesomeness that we’ll reveal later. The pick-up window for Attack Frequency will only be one week long to ensure freshness, and it will begin the week of the Festival of Dankness. So if you’re coming in from out of town for the best hoppy beer festival on the planet, plan to take some so ridiculously awesome cans home with you. We’ll send all the details on this release soon.

Oh, and did I mention that we flexed our funky design muscles so insanely hard on this it ripped our proverbial t-shirt to frickin’ shreds? Check it: 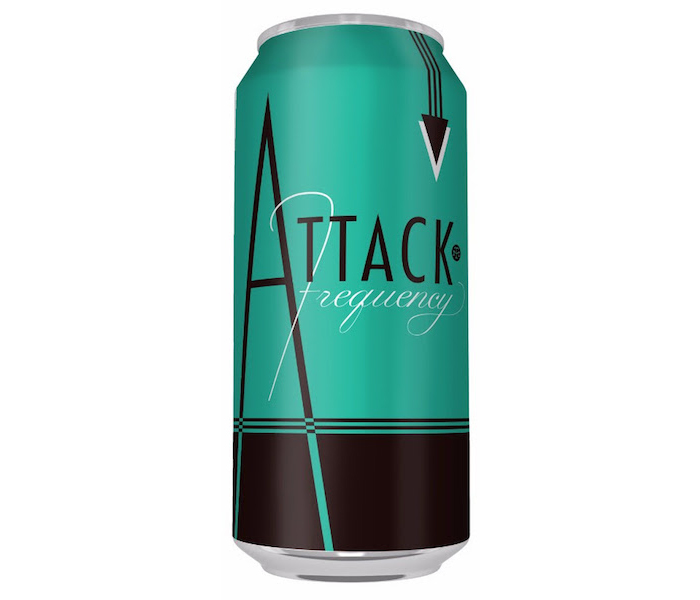