(AURORA, CO)— Dry Dock Brewing Company will release Double Apricot Blonde on draft and in 22 ounce bombers today, Wednesday July 12, at North Dock at 2pm. This bourbon barrel-aged version of the brewery’s flagship Apricot Blonde is the first of the 2016 Signature Series, a collection of small-batch, barrel-aged imperial and double beers that concludes with Bligh’s Barleywine each year. 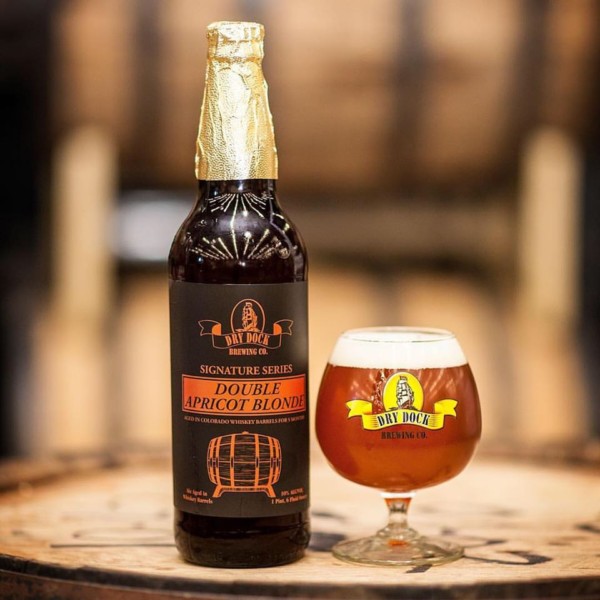 “Double Apricot Blonde is a perfect marriage of whiskey and fruit that is reminiscent of your favorite mason jar beverage,” says North Dock Head Brewer Alan Simons. “This beer seemed like a natural addition to our Signature Series because of the popularity of our flagship.”

Double Apricot Blonde will be available on draft and in 22-ounce bombers at North Dock today at 2pm and at South Dock onFriday, July 15 at 12pm. Bombers are available for purchase at liquor stores across the state.

For more information about Double Apricot Blonde, or with any other media inquiries, contact Emily Hutto at[email protected].

Dry Dock Brewing Company was the first brewery in Aurora, Colorado that began in the back of its sister business, The Brew Hut, at 15120 E. Hampden Avenue. To-date, it’s one of Colorado’s top producing breweries made possible by its second production and canning facility North Dock, the closest Colorado craft brewery to the Denver International Airport.