(Denver,CO) – Whiskey Barrel Quandary, River North Brewery’s revered barrel-aged Belgian dark strong ale, was last seen in January 2015. Now, after a full year and a half in the making, the next installment in this remarkable series is ready. 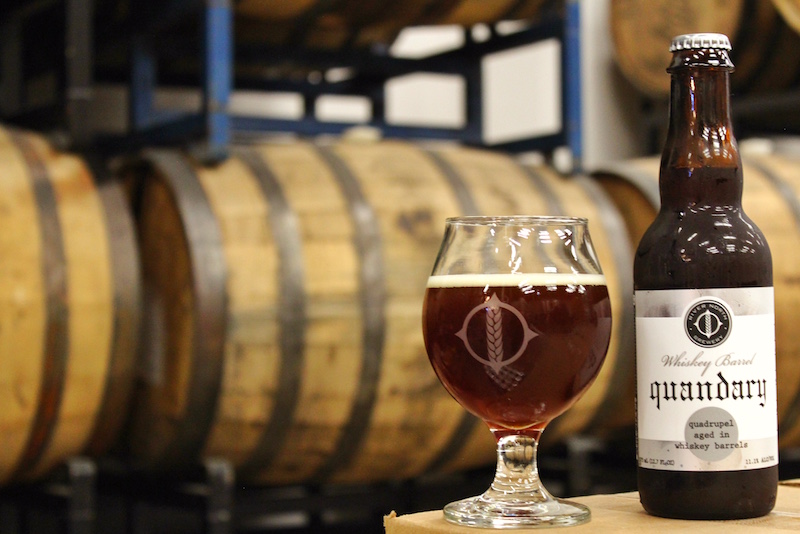 The brewery will debut 2016 Whiskey Barrel Quandary this Saturday, July 16th, at noon in their taproom.

A neoclassic Abbey-style Quadrupel aged in a blend of whiskey barrels, Whiskey Barrel Quandary delivers on all the traditional dark fruit notes inherent in a rich, malty quadrupel. A year-plus rest in whiskey barrels only deepens the complexity, lending a lingering oak and warming finish.  Last year’s vintage of Whiskey Barrel Quandary earned a 98/100 rating in DRAFT Magazine, and the series collectively boasts a 97 rating on RateBeer.

For Saturday’s release, River North will offer Whiskey Barrel Quandary both on tap and in 375ml bottles to go. Fans can score single bottles for $10, or a full case of twelve for $108 to add to the beer cellar. More bottles will hit store shelves at select bottle shops and premier retailers throughout Colorado following the release.

A beer to truly savor, Whiskey Barrel Quandary can be enjoyed fresh or cellared for years to come, but once this year’s version is gone, this beer will not reappear until 2017.

Matt and Jessica Hess opened the award-winning River North Brewery in February 2012, focusing on modern expressions of beloved, classic beer styles.  The brewery was named the 2015 Brewery of the Year by the Best of Craft Beer Awards. Keep up with brewery happenings by following River North on Twitter/Instagram (@rivernorthbrew) and liking the brewery on Facebook (facebook.com/rivernorthbrewery).