(San Marcos, CA) – With the addition of three new Foeders and an increase in French Oak barrels, The Lost Abbey will now be able to release more consistent versions of their acclaimed Veritas series, the first being Veritas Peach. 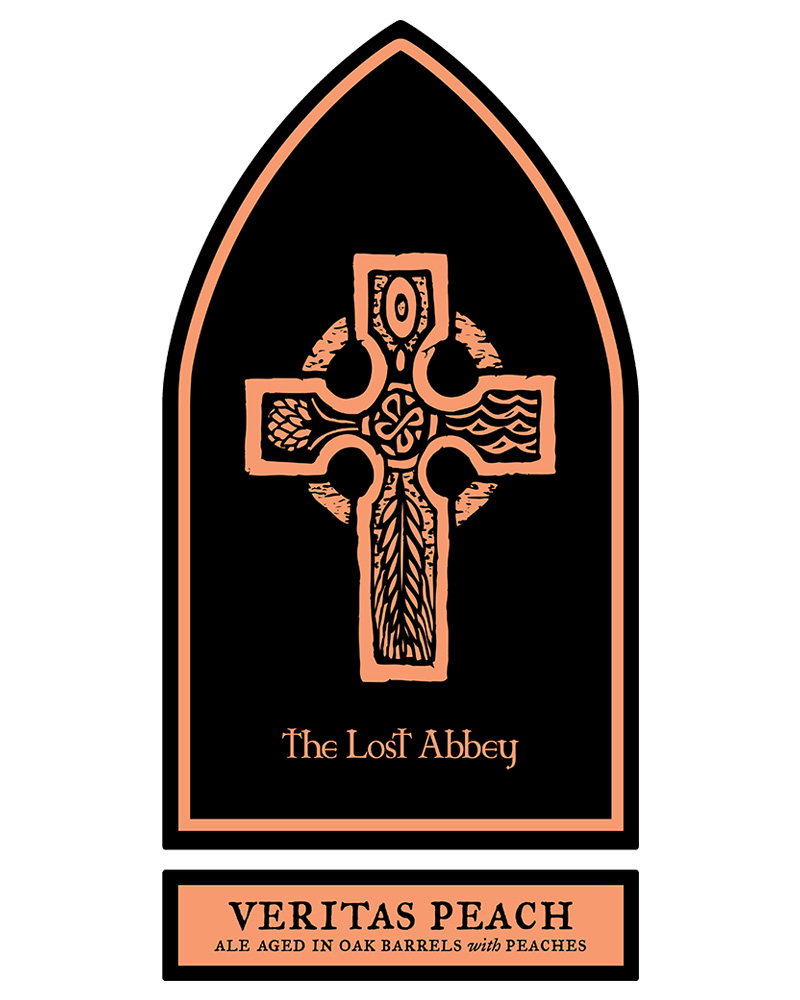 “We’re excited with additions to our barrel program that we can produce even more sour beers going forward,” said Tomme Arthur, Co-Founder and COO of The Lost Abbey. “The fruit and Brett notes in this beer are massive and worthy of staying in the Veritas lineup.”

Veritas Peach, aged in French Oak barrels with Masumoto Peaches for over a year, is a celebration of the stone fruit. Initial notes of freshly cut peaches and a tannic oak character, lead to a charge of sour tartness and ending with a dry funky Brett finish.

Veritas Peach will be available to the general public beginning on Wednesday, December 27th at Noon. Veritas Peach bottles will be $41 and limited to 3 per person.

Selling Veritas Peach online will also come with a few restrictions. Whoever purchases Veritas Peach, must also be the individual to pick up the bottles… NO EXCEPTIONS. Removing the option of proxies will help get the beer to as many people as possible and will allow a smoother pickup process. Consumers who do not pick up their bottles during their designated pick up time or attempt to use a proxy will surrender the bottles back to The Lost Abbey. A valid ID will be required to pick up the purchased bottles, as each transaction will be tied to the purchasers’ name. Any duplicate sales to the same name, email or credit card will be rendered null and void.

Direct links to the purchase page will be released the day of the sale at www.lostabbey.com as well as The Lost Abbey’s various social media channels. – Please note the sale will not become live until, Noon on Wednesday, December 27th.

About Port Brewing / The Lost Abbey / The Hop Concept
Founded in 2006, The Lost Abbey produces an extensive line-up of continental and American- inspired ales and lagers. Under the direction of visionary brewmaster and co-founder Tomme Arthur, the brewery has garnered dozens of awards including the 2007 Great American Beer Festival Small Brewery of the Year, The 2008 World Beer Cup Champion Small Brewery and the 2013 Champion Brewery at the San Diego International Beer Festival. The company’s beers, many of which are aged in oak barrels for 12 months or longer, are universally recognized for their complexity, unique flavors, and bold boundary-pushing styles.