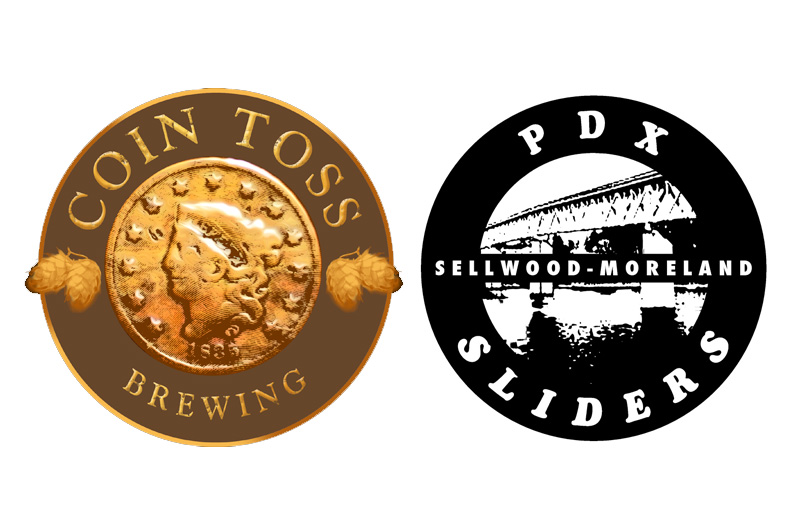 PDX Sliders IPL is an easy drinking and light bodied India Pale Lager with moderate bitterness and a full hop aroma, highlighted by notes of tangerine, guava and passionfruit. It’s hopped with Mosaic, Chinook, Cluster and Vic Secret hops. It comes in at 5.9% ABV and 42 IBU.

“I’ve known PDX Sliders’ owner, Ryan (Rollins) since the early days of his food cart on S.E. Tacoma St., and we are so excited for his company’s success,” said Tim Hohl, Coin Toss founder. “Our goal was to create a hoppy Northwest beer that would pair well with the restaurant’s signature sliders and burgers while appealing to hopheads and non-hopheads alike. After all, what goes better with burgers than beer?”

According to Rollins, “Tim and the crew at Coin Toss have been so supportive of us over the years. A collaboration beer benefiting our restaurants and his brewery seemed like a natural partnership.”

About Coin Toss Brewing
Coin Toss Brewing offers a variety of signature brews available by the pint, crowler, growler, or keg. The company is committed to crafting the finest beers in honor of Beervana’s illustrious history. The Coin Toss moniker is a nod to the fateful event that determined the city of Portland’s name. Although pioneer Asa Lovejoy (from Boston, Mass.) may have lost the historic coin toss to Francis Pettygrove (of Portland, Maine), the brewery would like to reach back through the years and tell him: Heads or Tails? It’s Beer, YOU win!

About PDX Sliders
PDX Sliders proudly started in 2014 as a food cart in the Sellwood-Moreland neighborhood and continues to operate two mobile trucks along with its original brick-and-mortar location, which opened in January 2017. It’s second location on Division Street is opening December 8, 2017. It is well regarded as an easygoing eatery for imaginative sliders and sandwiches made with local ingredients, plus craft beers. For more information, visit PDXSliders.com.