(ESCONDIDO, CA) – Stone Brewing presents its 2018 release calendar, the passionate work of some of the country’s most hop savvy brewers. Predominantly IPA forward, the lineup of releases represents the epitome of Stone’s recent innovation. 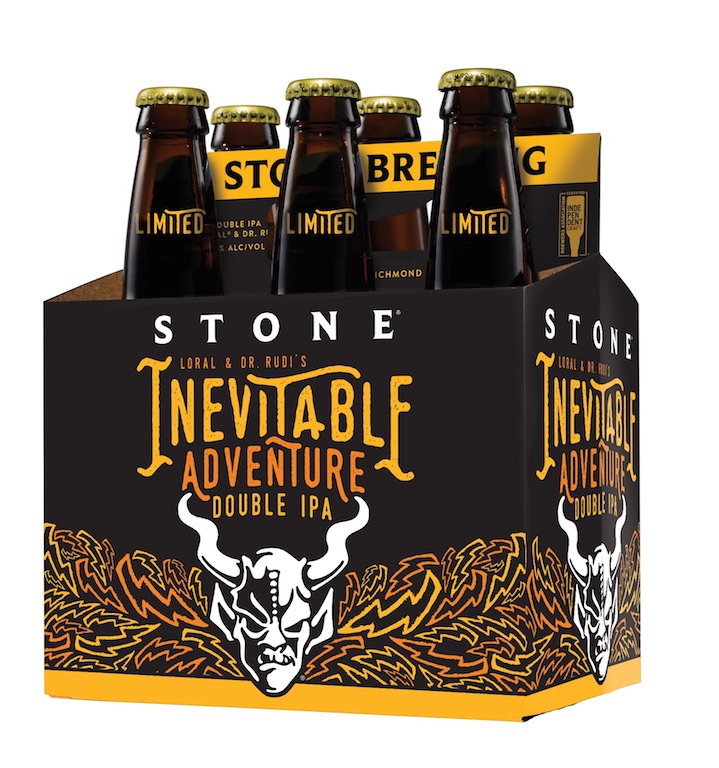 Unveiling its Trinity of Hoppiness, Stone presents a full spectrum of IPA tastes and styles, bringing balance and dimension to today’s wealth of offerings. The trinity separates dank IPAs from their citrusy / floral counterparts and the tropical varieties, allowing craft beer fans to take an IPA journey throughout the year. Within Stone’s Trinity of Hoppiness lie its six current year-round beers, Stone Enjoy By IPA, and the newest full-time addition to the lineup: Stone Scorpion Bowl IPA. In a time of fruit-dominated beers, Stone Scorpion Bowl IPA masters the fruity appeal with absolutely no fruit additions. This juicy delight is brewed with heroic hop know-how.

“We have a Brewing Innovation Team that has labored the last year in pursuit of the exceptional…and delivered it, in sanguine, liquid form,” said Dominic Engels, Stone Brewing CEO. “These incredible new beers, alongside a series of fan favorites allow us to unveil uniquely Stone beers with every release in 2018. True to our roots, the IPAs we’re releasing this year are clearly the work of an evangelical hop worshiping crew. Amen.”

“We spent a lot of time looking at beers to brew in 2018 that continue our love affair with hops and innovation,” said Jeremy Moynier, Stone Brewing senior innovation brewing manager. “The outcomes highlight some newer hop varieties and some classics in really unique and cool stand-alone versions, as well as some exciting combinations. We have such a great team here at Stone and working on these beers encompasses a lot of unique perspectives and talent, resulting in beers that we are truly excited to share with our fans over the next year.”

Let’s face it, cans are awesome for getting beer to where you want it. So, in 2018, Stone is bringing more beers into more can formats. New can packages include:
Stone IPA 19.2oz single-serve
Stone IPA 16oz six-packs
Stone Delicious IPA 12oz 12-packs
Stone Tangerine Express IPA 12oz six-packs

About Stone Brewing
Founded by Greg Koch and Steve Wagner in 1996, the groundbreaking San Diego-based Stone Brewing is the 9th largest craft brewer in the United States. Recognized as an award-winning, industry leader, Stone has been listed on the Inc. 500 | 5000 Fastest Growing Private Companies list 12 times, and has been called the “All-time Top Brewery on Planet Earth” by BeerAdvocate magazine twice. The multifaceted company is the first American craft brewer to independently build, own and operate their own brewery in Europe (Berlin, Germany), and also opened a production brewery in Richmond, Virginia in 2016. Known for its bold, flavorful and largely hop-centric beers, Stone has earned a reputation for brewing outstanding, unique beers while maintaining an unwavering commitment to sustainability, business ethics, philanthropy and the art of brewing…and pledging never, ever, sell out to the man.  For more information on Stone Brewing, please visit stonebrewing.com or the company’s social media sites: Facebook, Instagram, Pinterest and Twitter.